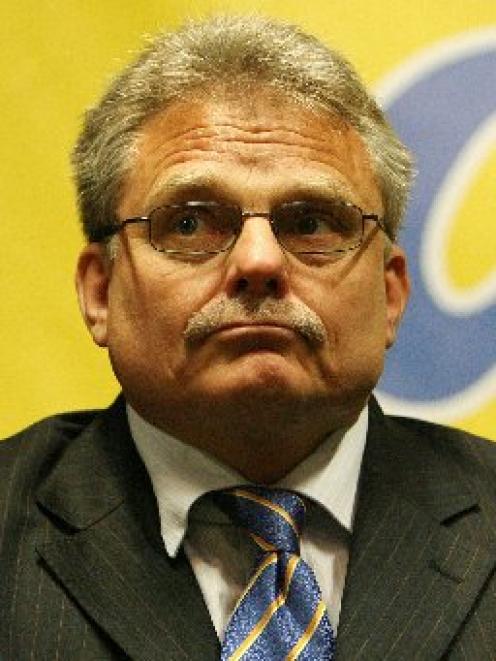 David Garrett
ACT Party MP David Garrett admitted in Parliament today that 26 years ago he obtained a false passport using the identity of a dead child.

He said that at the time he saw this as "a harmless prank", never used the passport and later destroyed it.

On Monday Mr Garrett, ACT's law and order spokesman, admitted he was convicted on assault in Tonga in 2002.

He said he was an innocent victim but was fined $10, and had been trying to appeal the conviction ever since.

Today he said he obtained the false passport using a method made known in the novel Day of the Jackal.

"I obtained the birth certificate of a child born around the time I was born but who died in infancy," he said.

"I used this birth certificate to obtain a passport in that child's name.

"To this day I cannot explain the rationale behind my actions except to say that I was simply curious to see whether such a thing could be done."

Although the passport was never used and expired, 21 years later he was arrested along with others following a police inquiry into passports which had been wrongfully obtained.

That inquiry, he said, followed people believed to be connected to Israel's security service obtaining passports using the same method.

"I was duly put before the court and admitted obtaining a passport by false pretences," he said.

"I was discharged without conviction...the court accepted that the consequences of a conviction for this offence would be out of all proportion to the offence."

Mr Garrett said he was also granted permanent name suppression, and that was why he had been reluctant to answer media questions.

"My preliminary legal advice is that for this reason neither I nor anyone else can comment on this matter outside the House at this time," he said.

"I am now seeking advice on whether the name suppression order can be varied or waived so that I can take media questions."

Mr Garrett said he had made many mistakes in his life.

"At the time I committed this offence I gave no thought whatsoever to the effect it would have on others," he said.

"Following my arrest I wrote letters of apology to the child's relatives expressing my sincere remorse for the pain I caused them."

Mr Garrett said he would carry his remorse for the rest of his life.

"I can't wind the clock back but I sincerely wish I could."

After he had made his personal statement to Parliament, Mr Garrett rose to question Attorney-General Chris Finlayson about the foreshore and seabed legislation.

MPs heckled him, shouting "strike two" - a reference to the "three strikes" legislation he promoted and which is now law.

Speaker Lockwood Smith had to call Parliament to order.