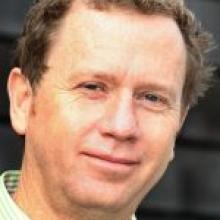 Russel Norman
The Todd Corporation donated $50,000 to the National and Labour parties, but the Greens rejected the mining and energy company's smaller offer to their party for ethical reasons.

A $50,000 donation to the National Party was listed by the Electoral Commission and the Labour Party confirmed it also received $50,000, which would be disclosed this week.

Under electoral law, donations of more than $30,000 must be disclosed within 10 working days.

"The company has taken a balanced approach that reflects a desire to contribute to the democratic process."

Those smaller donations are unlikely to be disclosed, but Green Party co-leader Russel Norman said the corporation had offered the Green Party $5000, which was rejected by the party under its "major donations" policy.

That policy states it will "refuse any donation or sponsorship which is deemed to be contrary to the ethics and philosophy of the Green Party or where acceptance might bring the Green Party into disrepute".

It also states major donations will only be accepted if it will not influence Green policies or make the party "beholden" to the donor.

Dr Norman said although the Green Party approved of some of Todd's initiatives in energy, the party was opposed to some of its mining practices.

"They also do some things we don't agree with. So we said `no thank you'. It wasn't acrimonious."

It also has numerous renewable energy projects, including hydro, geothermal and solar energy and a significant shareholding in Crest Energy, which is working on a controversial tidal power project in the Kaipara Harbour.

Mining is a controversial issue and National's energy policy has yet to be released.

"I think there's dangers for our democracy when political parties become dependent on strong vested interests. I'm not saying there is any undue influence, but the public needs to be confident our political system is free of those kinds of influence."

Labour's energy spokesman David Parker had not known about the Todd donations before The New Zealand Herald told him.

"Transparent donations are appropriate and legal. What would be wrong is for donations of that size to go through the anonymous route."

He said it showed the merits of tighter donations disclosure rules and restrictions on anonymous donations.

There is no state funding for political parties other than for broadcasting during an election period. Under a revamp of electoral finance laws this term, the tighter donations regime of the Electoral Finance Act stayed intact.