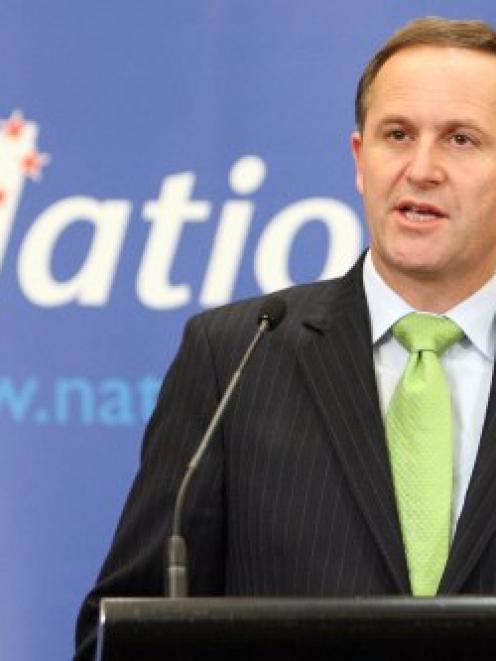 National already has the support in principle of ACT and United Future, which he will begin government forming negotiations with tomorrow.

But Mr Key told reporters today he would be seeking to also bring the Maori Party within the government tent, which would give a National-led government 70 votes on confidence and supply.

Today he said the door remained open to Maori Party ministerial roles, but that would depend on the success of negotiations.

He hoped to meet with Maori Party co-leaders Pita Sharples and Tariana Turia on Tuesday afternoon.

Mr Key said the uncertain economic times meant it was important to put together a government quickly.

He also said this month's Apec forum was likely to turn into a major economic summit and he believed it would be beneficial to attend.

To do so he would have to be sworn in as Prime Minister by Monday next week so he could leave for Peru, where Apec is being held, the following day.

National, with 59 seats, is strong enough to govern with help from just the ACT Party and its five seats.

But Mr Key last night spelt out his intentions last night to lead a government for "all New Zealanders" that would unite the country in troubled economic times.

He said he was confident National could steer the country through tough economic times.