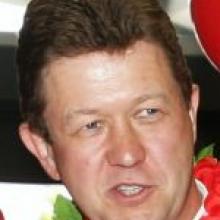 Miss Clark and her deputy prime minister, Michael Cullen, are both standing down from the leadership of the party after the overwhelming election defeat on Saturday of the Labour-led Government.

The decision by Dr Cullen to stand down opens the way for a new finance spokesman. Mr Cunliffe said on Saturday he had no leadership aspirations.

But, as the party starts to rebuild, it will need to consider two options:

• Whether it wants an interim leader for the next three years, such as Phil Goff, as it sorts out the direction in which it wants to go; or

• Whether it can live with the fact it will take at least six years before it can expect to realistically challenge National in forming a government.

If the second option is chosen, Mr Cunliffe will be the type of leader the party seeks.

Mr Goff, who would probably want Annette King as his deputy, will be seen as an interim leader at best; and several of the people he could count on for support lost their places in Parliament on Saturday night.

Speculation that Labour would bring someone from outside the party, such as the secretary of the Engineering, Printing and Manufacturing Union, Andrew Little, to take over the leadership, was yesterday dismissed by Labour sources.

Mr Little is expected to have a leading role in the party, but it is more likely he will take over from president Mike Williams at the earliest opportunity.

Mr Little needs to enter Parliament in 2011 and spend time building support within caucus before challenging for the leadership.

Given that Labour has brought in both Maori MP Shane Jones and Maryan Street to Parliament on the list, and promoted them quickly as ministers, points to a renewal process from MPs already in Parliament.

Mr Jones, despite his election campaign blunder over regulating the amount of water that could be used during a shower, is highly regarded within Labour and could make an ideal deputy. Labour has in the past, like National, gone for a north-south split, with leader and deputy. Dr Cullen represented Dunedin South when he first became deputy leader but has since moved to Hawkes Bay as a list MP.

If Mr Cunliffe, or Mr Goff, is to assume the leadership and the caucus looks south for a deputy, Lianne Dalziel and David Parker stand out as ideal candidates. Ms Dalziel has moved from the far left of the party to the centre, particularly on issues surrounding small business, and Mr Parker is a policy wonk who could eventually become the finance spokesman for the party. He has an intellectual capacity well above some of his caucus colleagues.

If Mr Goff takes over as leader, the race for finance spokesman will probably be between Messrs Cunliffe and Parker.

One MP who will not want the leadership but who will play a key role in deciding it is Dunedin North MP Pete Hodgson. He oversaw the election and protection of former prime minister David Lange, he has mediated between warring factions of the party and will now be looked to for some down-to-earth guidance as young and new MPs look to the future.

It is not unrealistic to expect that Mr Hodgson will view this as his last term and one on which he will want to leave his stamp.

On Saturday night, however, he said he made decisions about standing only triennially and that would be the case again at the next election.

He said he had no aspirations for the leader or deputy leader's positions, adding that it was time for generational change and, since his birthday was only four months from 58-year-old Miss Clark's, that was hardly a generation.

He would not be drawn on the subject of possible candidates for the positions.