Michael Woodhouse not an MP for the money 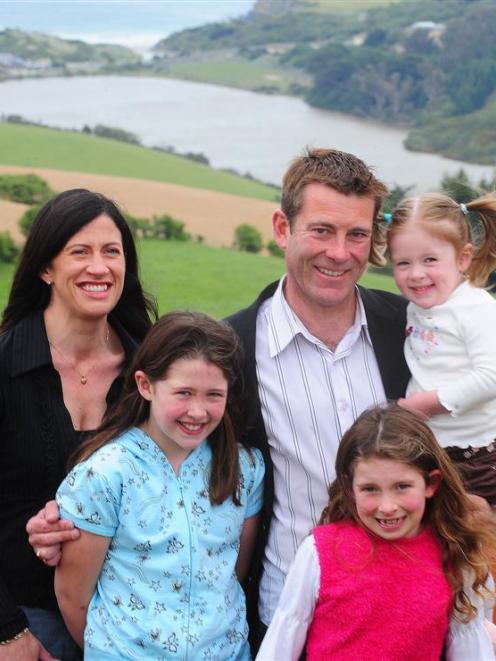 Why would someone want to swap a well-paid career where he is highly regarded for a job which pays less, eats into family time and where perhaps half the population may disagree with his views?

It is something the 43-year-old former chief executive of Mercy Hospital has thought much about, along with his wife of almost 16 years, Amanda, particularly since former Dunedin-based National list MP Katherine Rich retired, citing the need to spend more time with her family.

He did not expect people to have any sympathy about his drop in income, but said it was reasonably significant.

Becoming an MP was not something you did for money.

As for the impact on his family of three young daughters, he realised there would be much travelling and time away, but had already experienced this in his role as president of the New Zealand Private Surgical Hospitals Association.

He also considered if National was saying it was the party which stood for strong family values, it could not expect members to sacrifice too much family time.

"It is important for the country that people like me are able to stand for office without the cost being too high."

Mrs Woodhouse supports her husband's decision and said she was looking forward to doing what she could to help.

Her background in office management/administration had already been put to good use during the campaign.

Mr Woodhouse said the timing was right for him to begin a political career.

He had enjoyed his time at Mercy Hospital in the seven years he had been there, but felt the completion of the multimillion-dollar redevelopment, which was officially opened yesterday, was "mission accomplished". (While this might have seemed prophetic, the opening was planned before the election date was set.)

He planned to promote Dunedin concerns, complimenting Dunedin North MP Pete Hodgson for his commitment to tertiary education and economic development around the university and polytechnic.

We really do have some really big eggs in a small basket."

One of the biggest challenges would be looking at ways to replace manufacturing jobs lost in Dunedin in the past year.

Primary industries would drive recovery from the credit crisis and National could provide the "safe set of hands" for that.

He considered there were several areas where he could contribute in government.

He was keen to be on the health select committee and his senior management positions with ACC 10 years ago, where he helped plan ACC's elective services contracting framework, would be useful when National was reviewing ACC.

As a chartered accountant, he was also interested in financial matters, including economic development.

The environment and sport (he is a former age group rugby representative for Otago and South Island teams and a premier grade referee in the sport) were also interests.

Mr Woodhouse, who is one of nine children brought up in South Dunedin, agreed his Catholic family background was more Labour than National, but that the sorts of values he was brought up with were "very much part of National's values".