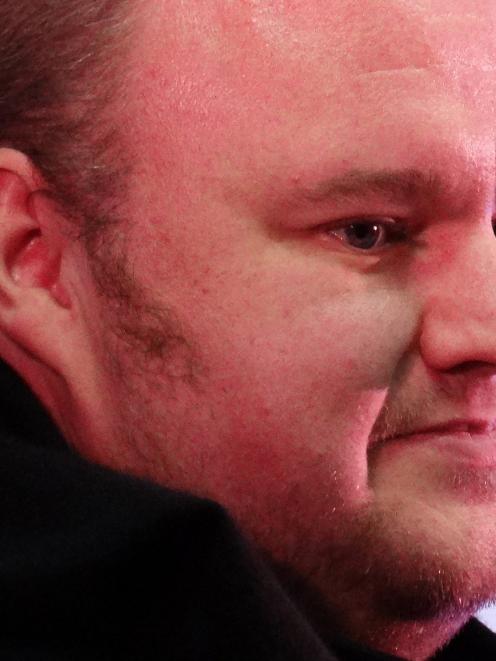 Dr Edwards said Mr Dotcom was being wise in playing down the likely impact of the revelations, because the Dirty Politics saga had shown the bar was high for political scandal to have much impact on voters.

Billing it as the Moment of Truth, the Internet Party and Mr Dotcom have said the revelations include New Zealand's role in mass global surveillance, the Government's dealings with Hollywood, and whether Prime Minister John Key lied over when he first knew about Mr Dotcom.

Mr Key has always maintained he had never heard of Mr Dotcom until the day before the raid on his Coatesville mansion on January 20, 2012.

Dr Edwards said the ''main rumour'' was that Mr Dotcom would reveal a recording of Mr Key talking to Warner Brothers executives, and their request for Mr Dotcom to be granted residency so he could be arrested for copyright infringement.

The recording also reportedly involves talk of subsidies and law changes to make The Hobbit films in New Zealand.

''That's what I've heard but I've got absolutely no idea if it's true or not. It's certainly a plausible rumour.''

Dr Edwards said if there was documentary evidence Mr Key had compromised New Zealand's sovereignty, it would be damaging. It could shock ordinary New Zealanders who were probably otherwise not particularly concerned with Mr Dotcom's row with Mr Key and the United States.

''It would suggest that the New Zealand Government has done the bidding of American corporations and the American Government, and I think that would resonate with the public.''

The popularity of New Zealand's nuclear-free stance showed New Zealanders liked the idea of standing up to American imperialism. Dr Edwards said National's support base was strong and had withstood the political storm over Dirty Politics.

Whether the electorate would react more strongly to Mr Dotcom's revelations was unclear. If it shaved just 1% off National's vote it could radically affect the election, which was much closer than people thought, he said.