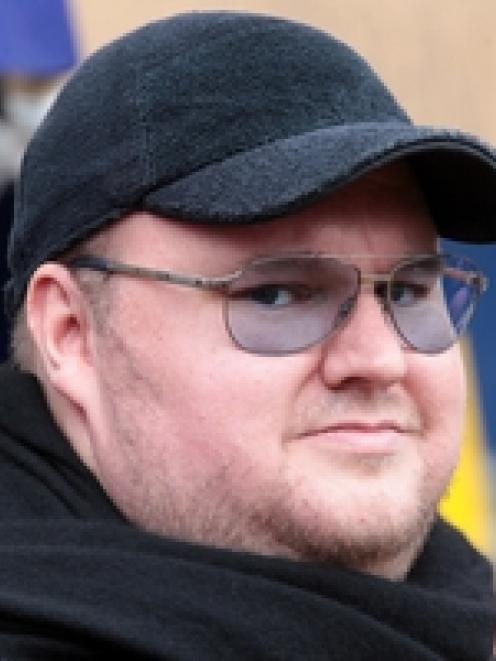 Paul Davison, QC, told APNZ the only details available to Dotcom's camp about the copyright infringement lawsuit, spearheaded by the Motion Picture Association of America (MPAA) and announced this morning (NZT), were ones reported in the media.

Dotcom is personally named in the indictment, which claims Megaupload and its key operators "facilitated, encouraged, and profited from massive copyright infringement of movies and television shows" before it was shut down in 2012.

He is already facing extradition to the United States on criminal copyright and racketeering charges in relation to the now defunct file sharing website.

Mr Davison said Dotcom's American legal team would be defending the claim against him and Megaupload.

"None of the papers for the claim have been received. All that's known is what that's been in the media so far.

"The claim that there is civil liability is obviously contested.

"The fundamental position that's been adopted [is] that there is no liability by Mr Dotcom and his business to the copyright owners, that he wasn't a party to copyright infringement and his company has no liabilities to those parties.

"Obviously, the proceedings will be defended, but they're being commenced in the US and they'll be defended by US lawyers engaged by the company and by Mr Dotcom and the others," he said.

Both Mr Davison and Prime Minister John Key said news of the lawsuit had not come as a surprise.

"The proposition that has underpinned the criminal proceedings is that there was a breach of copyright.

"So if that can be proven, you would expect liability to be sought to be established by the copyright holders themselves, and that's what's happening," Mr Davison said.

"Essentially it's about whether people pay for intellectual property or whether it's ultimately used in what is claimed to be illegally. That's the whole issue about the internet and those sites," he said.

MPAA global general counsel Steven Fabrizio said in a statement Megaupload was "by all estimates the largest and most active infringing website targeting creative content in the world" when it was shut down in 2012.

"Infringing content on Megaupload.com and its affiliates was available in at least 20 languages, targeting a broad global audience. According to the government's indictment, the site reported more than US$175 million in criminal proceeds and cost US copyright owners more than half a billion dollars."

The companies are seeking profits and maximum statutory damages.

Megaupload was built on an incentive system which rewarded users for uploading the most popular content on the site, "which was almost always stolen movies, TV shows and other commercial entertainment content", Mr Fabrizio continued.

"Megaupload wasn't a cloud storage service at all, it was an unlawful hub for mass distribution.

"To be clear, if a user uploaded his term paper to store it, he got nothing ... But if that same user uploaded a stolen full-length film that was repeatedly infringed, he was paid for his efforts.

"That's not a storage facility; that's a business model designed to encourage theft - and make its owners very rich in the process.

Dotcom has criticised the lawsuit on twitter, saying: "Files above 100MB filesize did not earn rewards on #Megaupload. Hollywood claims that we were paying users to upload pirated movies. Stupid."