PM not ruling out Afghanistan return 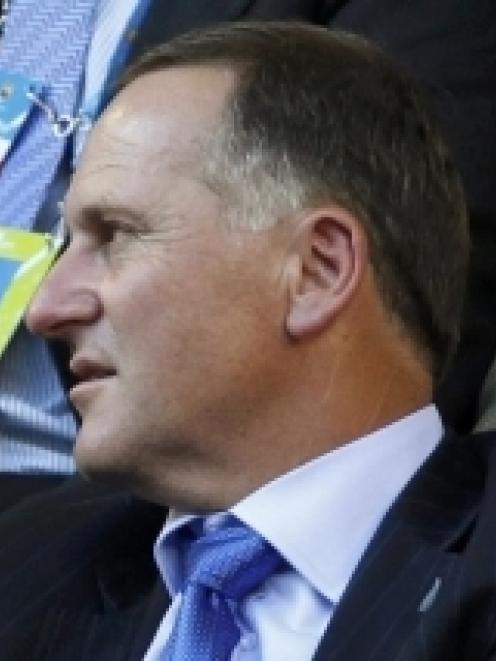 John Key
The Government announced today New Zealand troops would come home early from Afghanistan but Prime Minister John Key said today he could not rule out sending the SAS back to the country.

The Government said New Zealand's Provincial Reconstruction Team would withdraw from Bamiyan province in 2013 instead of 2014.

Mr Key said it had been a difficult decision to send the SAS back over two years ago, and the country had to mourn the loss of two soldiers.

The SAS returned earlier this year.

"I can't rule out sending them back, but when they came back from Afghanistan the view I had was that they are a small contingent and they needed to regroup. They had been away for the better part of two and a-half years and it was time for them to consolidate back in New Zealand,'' Mr Key said.

Earlier this year Defence Minister Jonathan Coleman said the SAS would not return between now and 2014.

He made his comments after a Beehive meeting with Nato's Supreme Allied Commander Europe, Admiral James Stavridis, Nato's most senior officer. "The New Zealand provincial reconstruction team won't be there beyond 2014 and the New Zealand SAS won't be going back to Afghanistan,'' Dr Coleman said.

Labour's defence spokesman Phil Goff said he believed what New Zealand troops have achieved in Bamiyan is important, but he thinks they have done everything they can.

Mr Goff said he did not think any troops should return after being pulled out next year. "The future for Afghanistan is still bleak.'' He said he believed the people of Bamiyan would cope well, but the future of the rest of Afghanistan was yet to be determined.

Mr Key said key stakeholders wanted to see an orderly transition as countries leave Afghanistan - they don't want everyone to leave at the same time in 2014.

"In the course of the last decade, where an enormous amount of money and tragically lives have been lost, ... we've constructed an environment that is more stable and will allow the people of Afghanistan to rule their own country. There is no doubt they will need additional support,'' he said.

"We want to build up the capacity for the Afghans to run their own country, so the way to do that is to have an orderly exit,'' Mr Key said.

He said despite pulling out of Afghanistan New Zealand would still have a good chance of securing a place on the UN security council.