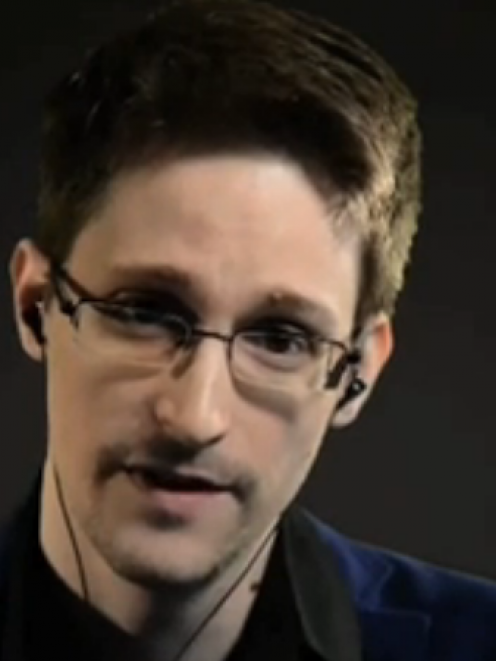 Edward Snowden
Renegade US intelligence analyst Edward Snowden claims the National Security Agency, the American spy outfit he once worked for, has a facility in Auckland and another further north.

Snowden, who is sheltering in Moscow from US attempts to extradite him on espionage charges, appeared by video link before a capacity crowd at the Kim Dotcom-organised Moment of Truth event in the Auckland Town Hall last night.

The event took place shortly after Snowden claimed in an online article to have evidence of mass surveillance of Kiwis' electronic communications by the Government Communications Security Bureau (GCSB).

That article was published by visiting US journalist Glen Greenwald, who has made the same claims and who introduced Snowden to the audience of about 1700.

Snowden began his talk with the claim the NSA had a facility in Auckland and another "in the north of the country" and went on to expand on his article, in which he said: "If you live in New Zealand, you are being watched."

The article, on website The Intercept, claimed that while working at the NSA, he routinely came across the communications of New Zealanders through XKeyscore, the mass surveillance tool shared with the GCSB.

The tool allowed access to a database of communications collected through mass surveillance and was not meant for cybersecurity, but instead was used to read private emails, text messages and internet traffic, Snowden claimed.

The GCSB had provided mass surveillance data for the XKeyscore system - including the communications of millions of New Zealanders through the GCSB station at Waihopai - and Prime Minister John Key was aware of that fact, he said. That information was available to NSA analysts.

Snowden said the information about NZ communications was available simply by clicking on a check box in that software. To huge cheers, he said that if political leaders were "going to use check boxes against us ... election time is when we get to check boxes about them".

Greenwald said New Zealanders should be in no doubt that their emails and phone calls were being collected by spy agencies.

WikiLeaks founder Julian Assange, who also appeared via video link from the Ecuadorian Embassy in London, said the Five Eyes spy alliance - which NZ is a member of - operated without proper oversight.

Five Eyes was a "radical extremist project", he said, and he described its mass surveillance regime as "an extreme, bizarre Orwellian future".

"It is all backroom deals about how to construct laws ... how to subvert monitoring of behaviour of intelligence agencies."

Yesterday, Mr Key acknowledged the GCSB had tapped into the cable, but said it was for the purposes of a cybersecurity programme. He said concerns the project would be perceived as mass surveillance led to it being scaled back to a much narrower programme.

He dismissed any allegation that the GCSB had spied on New Zealanders and released a series of documents "setting the record straight".

"There is not, and never has been, mass surveillance of New Zealanders undertaken by the GCSB."

After the town hall event, Dotcom was asked why he hadn't talked about his alleged Hollywood email proof that Mr Key knew of him before the raid on his mansion.

"I think the evidence is pretty clear today in the Herald," he replied.

Dotcom said he had "focused on the much bigger lie" around mass surveillance rather than his personal issues with Mr Key.

"That is the story. Get your priorities right," he angrily told reporters.