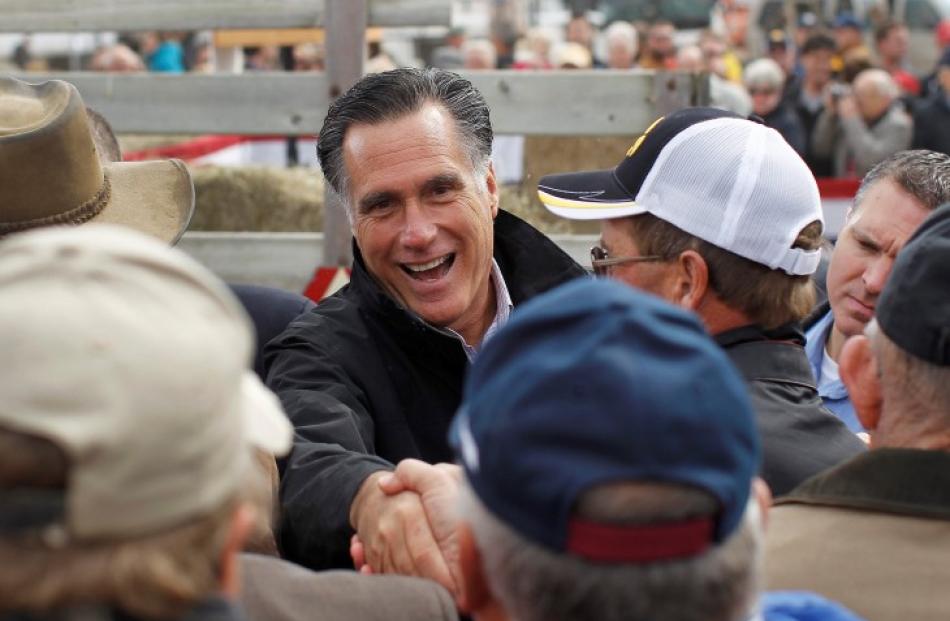 Republican Mitt Romney has erased US President Barack Obama's advantage in the race for the White House and the two candidates are now tied among likely voters, according to a Reuters/Ipsos tracking poll.

With the November 6 election four weeks away, Romney and Obama each command 45 percent, the daily tracking poll found.

The Democrat held a steady lead in the poll for most of September, but Romney narrowed the gap following a strong debate performance last week. Obama had been leading by 2 percentage points in the last poll on Sunday.

"It's a much tighter race and Romney became much more presidential in people's eyes," Young said. "Things are probably back to where they should be."

Romney's improved prospects have shown up in other polls, after the former Massachusetts governor launched aggressive criticism of his rival's economic record during the debate in Denver.

Obama's advantage had already started to fade before the debate as Romney recovered from a series of campaign missteps.

The online survey of 1,157 likely voters was conducted between Oct. 5 and Oct. 9. The precision of Reuters/Ipsos polls is measured using a credibility interval, which in this case was plus or minus 3.3 percentage points.

Among a larger sample of 1,370 registered voters, Obama led by 3 percentage points, 45 percent to 42 percent.

Voters' personal views of Romney improved across a wide range of attributes following the debate, the poll found.

By a margin of 38 percent to 34 percent, registered voters now say that Romney is more likely than Obama to be effective in Washington.

The two candidates are now essentially tied when voters are asked whether they are tough enough and smart enough for the job, whether they have the right values, and whether they will protect American jobs. Obama had previously led Romney on these questions.

GAINING GROUND ON THE ECONOMY

An earlier round of Reuters/Ipsos polling found that Romney gained the most ground on the economic questions that were the focus of last Wednesday's debate.

Romney led by 7.7 percentage points when voters were asked which candidate would better handle the federal budget deficit.

This earlier poll relied on a sample of 1,689 likely voters, conducted over a seven-day span that ended on Sunday. It has a credibility interval of 5.1 percentage points.