Bed tax not seen as best or fairest method 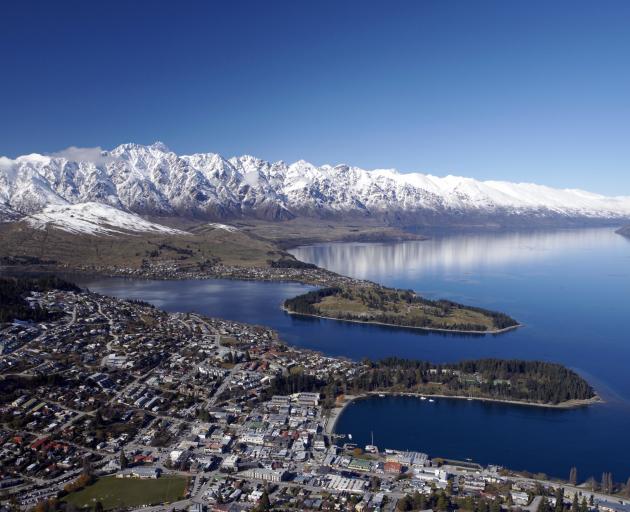 In the Lakes district most businesses benefit from visitors, as does much of the labour force. PHOTO: SUPPLIED
Taxing of tourists to the Queenstown district should not just focus on accommodation, writes Nik Kiddle of the Lakes District Tax Equity Group.

Lakes district businesses generally acknowledge the local council's referendum on a bed tax will deliver strong support to find someone to pay $40 million or so each year for the region's development.

Asking the community to vote on this is a distraction from any meaningful attempt to spread the burden or pull back 10% or so of the $334 million in GST that visitors already pay during their stay here.

Any ratepayer who thinks they will escape a new tax which others will have to pay will vote "yes''. Those targeted to pay will vote "no''. It's just human nature. It would make more sense to have a referendum on returning 10% of visitor spend GST. That sort of approach would be likely to unite the local community instead of dividing it.

Legislative requirements on the council mean that it is not entitled to run up profits. The council is obliged to raise only as much capital as it has programmed for expenditure. It will be tricky indeed to balance any income from a bed tax against budgeted outgoings. Visitor numbers ebb and flow and keeping track of them accurately is a retrospective exercise. Hitching future capital expenditure to forecasts in visitor flows catapults the former into the realm of speculation. The legality of this approach could be doubtful.

Taxpayers will hope central government remains respectful of the fundamental principles underpinning governance and tax policy in New Zealand. One is that this country is a unitary state and tax policy is not devolved to the regions as it is in federated states.

It is naive to cite Switzerland, the US and others as visitor levy examples New Zealand should follow, because these jurisdictions were established as confederations - provinces were empowered to raise taxes to run most of their internal affairs from the start.

Changing New Zealand from a unitary state to a federation of provinces would constitute a political revolution resulting in a massive devolution of power. Local institutions are not equipped for this, and central government surely has no appetite for it.

Equity and fairness are principles that underpin New Zealand's tax policy. So, too, is the concept of beneficiary pays. In the Lakes district most businesses benefit from visitors, as does much of our labour force.

Less than 14% of the visitor spend goes to accommodation. The rest goes to retail, activities, restaurants and bars, transport, education and culture and gambling.

It would be inequitable to tax just one subsector of this economy. To be consistent with tax principles, the burden should be shared. It certainly should not be brought to bear on the only sector - accommodation - which already pays higher rates than other commercial operators simply because visitors chose to sleep on our premises rather than eat or drink in them or ride on them.

Hitting the accommodation sector with a new tax, without a rating differential reform, would be double taxation. As an OECD member state, New Zealand has long been conscious that double taxation is a highly undesirable practice.

Taking $40 million a year out of visitor spend in the Lakes district to build and maintain basic council infrastructure will almost certainly erode visitors' discretionary expenditure. This would have negative flow-on effects to retail, activities and restaurants and bars. It is almost certain that budget-conscious visitors will spend less time here or stay away. Many of these will be in the youth and families markets. Both are the mainstay of the activities client base and youth is the mainstay of the bars client base. The council's proposal will damage these markets and alter the face of tourism in the district.

Accommodation in Cromwell and other outlying towns would no doubt benefit from a diversion away from Queenstown and Wanaka, as would the freedom camping sector. Growth in informal accommodation would be further stimulated. The council is yet to grapple effectively with any of these burgeoning alternatives.

Options for local body funding are under investigation in Wellington. The Productivity Commission is due to issue a draft report in June.

In its discussion document, the commission has pointed out that the QLDC is one of the lowest indebted high-growth councils in the country.

Submissions to the Productivity Commission include observations that all businesses deriving income from tourism could pay a proportionate share of a new targeted rate.

Also in the mix is the option of returning to regions that demonstrate a high visitor-to-ratepayer ratio a share of the central government tax take.

The Tourism Infrastructure Fund, the Provincial Growth Fund and the International Visitor Conservation and Tourism Levy all come up for mention but commentators lament that many local councils are not engaging in them.

The Queenstown referendum will be but a tiny blip in this vastly more complicated national debate.

The referendum is a sadly divisive, unclever exercise and a needless distraction. Taxpayers should be looking for more intelligent guidance and outputs to come from Wellington.