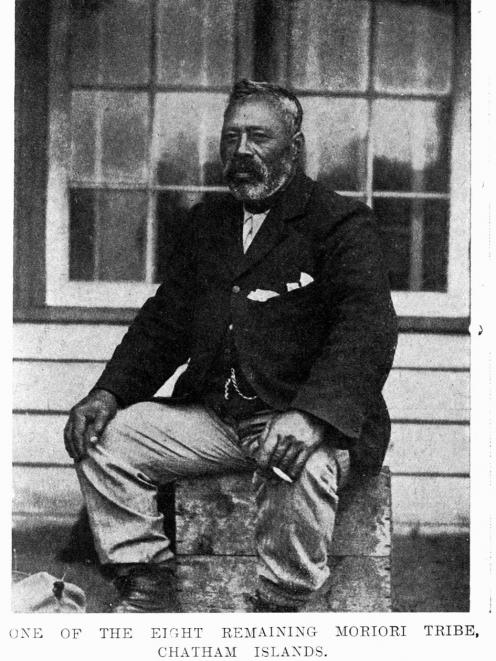 A 1907 photograph of a Moriori man. PHOTO: ODT ARCHIVE
If visiting the New Zealand Parliament is on your "must do" list, there are few better days to pick than when the House is dealing with Treaty of Waitangi settlement Bills.

Parliament is often a highly charged place where emotions run high, but the mood is seldom as electric as it is when a settlement is finally enacted.

For the affected iwi, whose pain, grief and deprivation are being acknowledged, apologised for and compensated, it is the start of a healing process for a wound which has affected generations.

For a neutral observer, the passion is palpable and memorable, as is the sense that Parliament has just achieved something of real worth.

The debates are often extraordinary, but on Tuesday the House dealt with a settlement well out of the ordinary: the first reading of the Moriori Claims Settlement Bill.

The Moriori, on far-off Rekohu (the Chatham Islands), have more grievances than most.

In the 1830s, their southern islands were invaded by Taranaki iwi armed with European muskets, weaponry which the Moriori could not resist.

Generations of intermarriage dwindled the people’s self-identity, but in the Solomon family, memory of Moriori tradition was not forgotten. 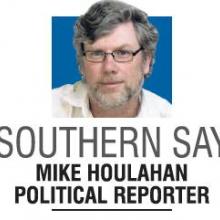 In the 1980s, they and other Moriori descendants began the fight for their history, first in a long-running battle to have the claim accepted, and secondly to progress that claim to Tuesday’s point, when Parliament acknowledged their case and pledged to reconcile it.

The debate was a memorable one for new Southland MP Joseph Mooney, who made his first speech in Parliament to offer National’s support for the Bill.

"I want to recognise also that the Hon Chris Finlayson signed an agreement in 2017, and it’s a real pleasure to be here today for this Bill," a clearly nervous Mr Mooney said.

"I’m certainly looking forward to seeing it proceed through to the Maori Affairs Committee, which I have the privilege of being on." 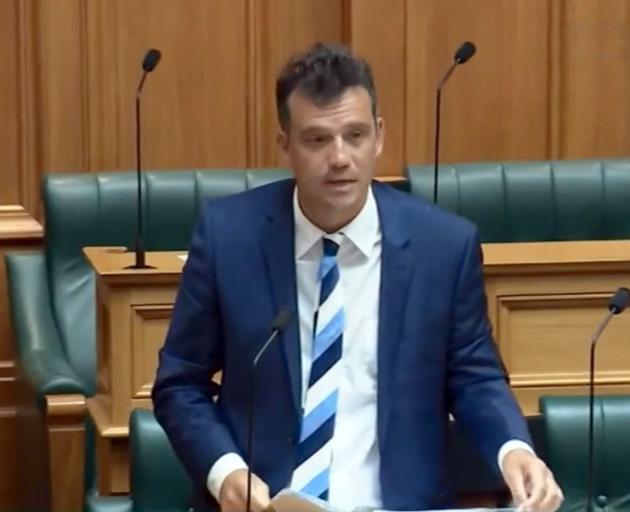 Southland MP Joseph Mooney makes his Parliamentary debut. PHOTO: PARLIAMENT TV
Mr Mooney had expected his first speech to be last week, the set piece maiden speech which gives MPs a gentle taste of what speaking in the House is like.

However, Covid-19 had other ideas, last week’s alert level change meaning the speeches of Mr Mooney and Invercargill MP Penny Simmonds had to go back in the drawer for another day.

Politics waits for nothing, though, and Mr Mooney being National’s spokesman for Treaty Settlements meant his day in the House was coming, ready or not.

Mr Mooney might not have been to the islands yet, but he was able to find his way to the Parliamentary Library to find a copy of the Waitangi Tribunal deliberations on the claim, from which he quoted liberally and wisely. 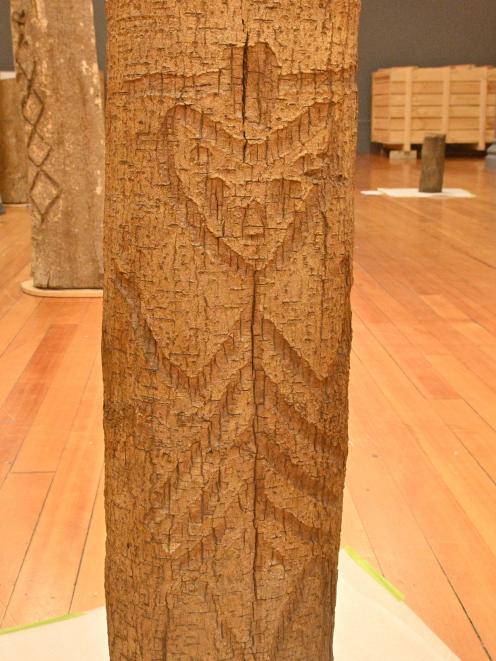 A Moriori tree engraving of a haka, from the collection of the Otago Museum. PHOTO: LINDA ROBERTSON
This is much disputed history, one which the tribunal framed very carefully in its report, and with many sensitivities in play, it paid to stick to the script.

"The Tribunal said ... mana is personal to persons or to peoples, and it comes and goes; it is not an institutional power given by history and then entrenched for all time," Mr Mooney said.

"I’m very pleased and proud to stand here on behalf of the National Party to see the mana of Moriori recognised, and will know they’ll grow and develop over the coming years."

The Chathams are the most far-flung part of New Zealand’s largest electorate, Te Tai Tonga, and their local MP Rino Tirikatene also spoke.

Unlike Mr Mooney, Mr Tirikatene has been to the Chathams, and on a very special day to boot.

"When I was a young lad, I was fortunate enough to travel and to support, be in the Ratana band, actually, that marched on the Rt Hon David Lange in 1986to the unveiling of the statue of Tommy Solomon (the last surviving full-blooded Moriori).

"That, for me, I guess, marked a major imprint of Moriori into the modern community of the Chatham Islands.

"That was a wonderful occasion, to go with the Prime Minister and to be able to support that big occasion where the whole of the Chathams came together."

Expect many more colourful tales as this legislation works its way through the process.

This week turned out to be a baptism of fire for Mr Mooney, who was called upon several times on Wednesday to contribute to National’s filibuster of the Local Electoral (Maori Wards and Maori Constituencies) Amendment Bill.

A committee stage debate is often highly technical and National was nitpicking in the extreme on a Bill which, with some justification, it feels should not be progressed under urgency.

Dunedin National list MP Michael Woodhouse, who tackled Speaker Trevor Mallard head-on at the end of the last Parliamentary session, picked up the cudgel again last week.Commenting on Facebook on the Privileges Committee consideration — and dismissal — of a complaint regarding a video National had posted of Labour MP Anna Lorck, Mr Woodhouse did not hold back

"I’ve never been involved in such a trivial waste of time as the Privileges Committee consideration of this light- hearted bit of satire," he said.

"That we were subject to this charade is solely down to Speaker Mallard.

"We have better things to do."

Expect National, which is still trying to push its futile motion of no confidence in the Speaker, to keep up its barrage of complaints ... even though Paul Goldsmith and Simon Bridges storming out of the House on Wednesday after yet another clash with Mr Mallard looked petulant in the extreme.