Is dairying too big to fail? 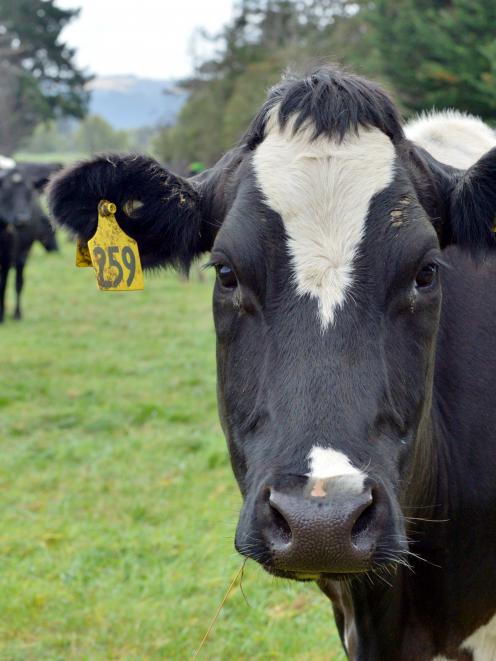 That would shake our economic security.

Put that alongside the threat from Islamic jihadists.

Watch Mr Key and Andrew Little adjust that ‘‘balance''. They might agree there. They don't on cows.

The panic reached the top shelf last week: Fonterra told contractors they must wait 90 days to be paid.

Fonterra can do that in effect immoral act with impunity because it is the big guy and contractors are small guys.

The power is asymmetrical, similar to that between an employer and employees. (Hence unions, minimum wages, safety laws and bottom-up drives for a living wage and, successfully, to outlaw zero-hours contracts.)

That number will climb as the crisis lengthens. Bill English blandly said farmers made business decisions to take out their now crippling loans They and the banks will work it out (and it is in banks' interests to do so).

On Sunday, Mr English flatly ruled out a bail-out. But would so many farmers have taken such big risks if Mr English and Co had not targeted a doubling of primary exports from 2012 to 2025 and subsidised irrigation to boost cows' contribution?

Even last week, when even optimists were pushing out the date of a break-even payout price, Primary Industries Minister Nathan Guy announced ‘‘three new investments totalling $1.6million into irrigation projects coming from the Ministry for Primary Industries' Acceleration Fund'', including the controversial Hawkes Bay Ruataniwha project.

‘‘As a government we are strong supporters of irrigation and water storage and have signalled up to $400million in total towards irrigation over time.''

In short, Mr Guy was still saying to farmers: borrow more, long-term prospects are good, here is a subsidy.

More subsidies: ministers have so far refused to price water to farmers or their added pollution of waterways from dense stocking and fertiliser use.

In the early 1980s Sir Robert Muldoon drove a crash ‘‘Think Big'' programme of heavy industrialisation centred on energy and metals to cut the economy's dependence on price-strapped primary exports.

There are two risks to the public in grand ventures, whether private or public.

If they go bad, the whole economy suffers.

Tax revenue may be needed to sort the mess, just as for a big natural disaster.

That is, some parts of the economy are too big to let die because the cost then is even greater. Americans and Europeans found when their banks crashed in 2008 they were ‘‘too big to fail''. (Our version was the Bank of New Zealand's two failures in 1989-90.)

Is dairy in that category?

Grant Robertson came close to saying so (though did not quite) last Wednesday: potential dairy farm defaults from ‘‘toxic debt'' required that ‘‘the Government must be an active partner in supporting farmers and the communities around them to get through the tough times and build a sustainable regional economy''.

Mr Robertson said the dairy plunge had dug an ‘‘$8.2billion hole in the economy''.

Mr English said on Sunday dairy exports were down $3billion in the past 12 months.

Tourism, education and high-tech exports and construction have kept the show going.

Mr English said ‘‘a few billion of losses for the banks is not a threat to financial stability''.

In effect he was saying dairy is not an issue of economic security.

The positive nominal figure was due to record immigration.

And the Reserve Bank last week struck a crisis-low official cash rate and added two possible scenarios which would each warrant another 0.5% of cuts.

Mr English would deny dairy is ‘‘too big to fail''. But another year of flat or falling per capita growth - plus, maybe, foreign buy-ups of farms - would fuel feelings of insecurity beside which the spies' jihadist excitements might seem less pressing.

Sir Michael would have a quip for it.

●Colin James is a leading social and political commentator.