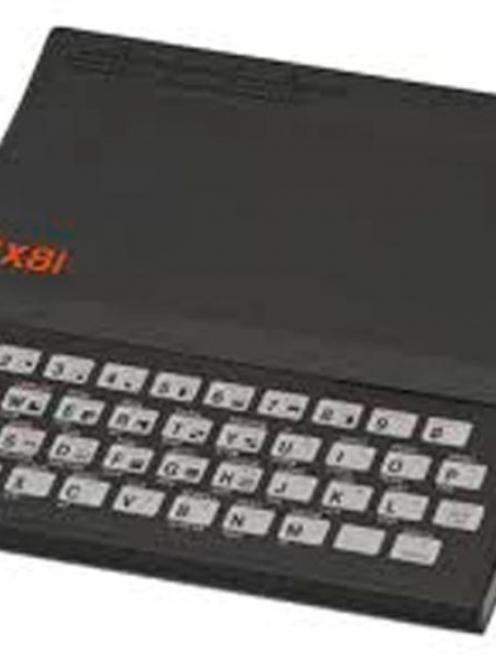 Sinclair ZX81.
Aeons ago, I cannot possibly remember how many aeons, I went out to someone's house for an evening with computer enthusiasts. Computers had started appearing in shop windows, almost as if they might become The Next Thing. I was interested. I had just bought a Sinclair ZX81.

At that stage of the game, the only people I knew who seemed to understand what computers did were students with very thick glasses and Bruce McMillan at Eclipse Radio. This particular night, many of us had ZX81s, a couple had the new Spectrum. 16kb of RAM! A man, with a flourish of hands, produced a still image of a golf hole with two bunkers and a distant tree. It had taken him months to program, he said, he was very proud of it.

I decided then and there my life would be far better without computers. I would bob and weave my way around whatever developments the computer world came up with, and never have to deal with them at any level. If I needed to see a golf hole with two bunkers and a distant tree, I would go to a golf course.

Cellphones made a similar non-impression a few years later, but like computers, I was soon sucked into their venomous vortex. And now cellphones have to be smartphones, 48% of New Zealanders apparently own them. I don't need a smart phone, I decided, I am smart enough already.

But now I have a moderately priced Samsung smartphone and it is completely dominating my life. I am boring everyone bowel-motion-less with what it can do. But what the phone can do and what I can do with the phone, are not the same thing. A tiny sprout is poking its head up in life's garden saying I just may not be very smart after all.

I am, of course, slowed by my circumstances. I am on so much medication my fingers shake like crockery in an earthquake, and on a touchscreen, this is producing incomprehensible texts, my friends are asking me if I have gone back to recreational drugs. 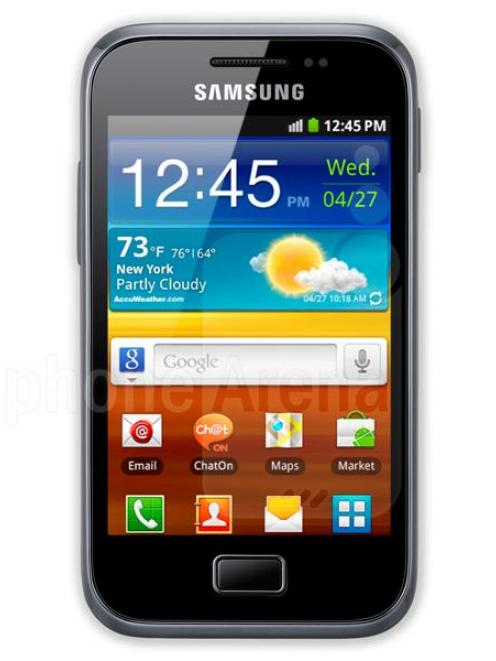 Samsung Galaxy Plus.
Apps quickly followed, an obvious black hole I would tumble into. And tumble into it I have. Everything my phone suggests, I agree to. I have everything from the Hubble Space Telescope to a 4-Track Recording Studio, though I am thinking seriously of replacing this with the 24-track Multitrack DAW by Harmonicdog after Paul from the Bats recommended it highly. I have a Mega Flashlight which replicates bright red police car illumination - and a strobe with eight different speeds - and a Translator, should conversation slow in the main street with a bewildered tourist from another land. And I have a keyboard which enables me to break into Twinkle Twinkle Little Star with a number of sound effects. Violin is currently getting the most raised eyebrows in inner-city cafes.

But I'm not knocking apps. Two Saturday nights ago when dining at Anderson Bay's exquisite Indian Taste restaurant, I was desirous of following Lydia Ko in the Australian Open, which she was narrowly leading. With my smartphone app, I could do this with ease whilst quaffing a sublime Garlic Chilli Prawns and not spilling a drop. True, there were icy looks from our friends at the table, almost as if I was being rude, perish the accusation, but Lydia Ko is one in a million.

I have no idea how much data I am downloading, and I remember well that sad-faced high school kid who turned up on Fair Go a few years ago with a $16,000 cellphone bill he didn't understand. But I have signed up to a plan which will surely remove the substantial stress unintentional download overloading can cause. And the home PC is no longer needed - it will shortly go on Trade Me under Nautical Equipment as a boat anchor.

So, I have sort of half-caught the back of the modern technology peloton. What fiendish thing will the industry throw up next? Maybe the Hubble Telescope app, which I still can't work, will show me.