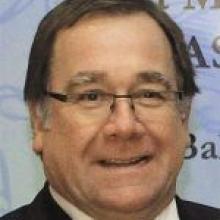 Murray McCully
Few politicians routinely get such a bad press as tends to be the case with Murray McCully. The starting point seems to be if Mr McCully is involved, then that means trouble, much of it unnecessary.

The assumption is that if Mr McCully is involved, then the only winner will be short-term politics. He is most definitely a pure-bred political animal; the politician's politician. if you like. He makes no apologies for that.

What the public does not see is the backroom adviser and fix-it man. Someone who can bang heads together to get things done. His razor-sharp political instincts and ability to think through the consequences of a particular course of action have saved National from embarrassment many a time.

Mr McCully, however, conformed to the public's image of him this week with his offhand treatment of a popular mayor who is not even a year into his new job.

Mr McCully will not care one jot about that. Len Brown may have kudos, authority and, most importantly, a mandate for change in the Auckland region from having won a political beauty pageant otherwise known as the Auckland mayoralty.

As Minister for the Rugby World Cup, Mr McCully is more interested in scrutinising the findings of National's private tracking polls - and determining whether the major glitches on the opening evening of the 2011 Rugby World Cup are likely to impact on National's ratings.

National's worry is not so much what happened last weekend, but that there might be an embarrassing repetition this weekend, even though the All Blacks played their group match agaisnt Japan in Hamilton last night.

A repeat is not going to be allowed to happen - whatever that takes. A successful World Cup is of bedrock importance to National's election campaign. Whether the All Blacks win or lose is almost irrelevant. That is one thing for which Mr McCully (perhaps thankfully for him) has no ministerial responsibility.

As Otago University political scientist Bryce Wilkinson has noted, the political component lurking in all the fuss over the Cup is plain, old-fashioned, all-round competence - National's.

The Cup serves as a litmus test of National's competence in wider aspects of government which voters find more difficult to judge. Likewise National's handling of the aftermath of the Christchurch earthquakes.

Get those two things right and National is halfway back to the Treasury benches in Parliament before November's election campaign has even begun.

What is notable is in that in both cases, the Government has relied on its own agencies and given itself sweeping powers to basically do what it likes. In doing so and without saying so National has shown what it thinks of the capability of local government to respond to a crisis or the pressures involved in running a special event.

Not very much. And that was even before Mr Brown's Auckland Council not only failed its first major test on the Cup's opening day, but failed it in miserable fashion on two fronts with the overcrowding on the waterfront and passenger-packed trains stranded on the line to Eden Park.

In its report on the Friday chaos on the waterfront, the council-controlled Auckland Tourism, Events and Economic Development (ATEED) revealed that contingency plans had been drawn up which would have doubled the waterfront fan zone in area, while regional fan zones were mooted for the city's north, south and west. However, the plans were dropped because it was thought they would not divert people from otherwise heading for Party Central.

Access by ticket to Queen's Wharf was also considered, but deemed infeasible. It may yet be revived.

It is also understood that one or two weeks before the Cup began ATEED considered "activating" Captain Cook wharf as a contingency site for an expanded fan zone. There is puzzlement within the Government as to why ATEED was thinking of doing that only then to not follow through.

That step has now been taken by Mr McCully's invoking of emergency powers under the Rugby World Cup 2011 Empowering Act.

What would have disturbed Mr McCully is the almost self-congratulatory tone of the ATEED report accompanied by a manana-like sense of urgency. That report is in sharp contrast to Auckland Transport's separate and more revealing report on the shortcomings of its rail contractor, Veolia, which failed to implement measures recommended following the Bledisloe Cup match in August, despite giving assurances it would. The vexed question of ministerial responsibility has been answered by Mr McCully's invoking of emergency powers. He knows if something else goes badly wrong at Party Central, his neck is the one on the block.

As for Mr Brown, Mr McCully this week slayed one myth which circulated during the creation of the Auckland super city. We now know Its mayor is most definitely NOT the second most powerful politician in the country.