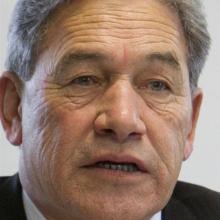 This young man, like most of his expanding cohort in the party, is a university student, not a gullible yokel. He is completing a master's degree.

On cue, New Zealand First passed a remit at its conference two weekends back pushing for citizens' initiated referendums (CIRs) to be binding, needing signatures from only 5% of the electorate to get it up (against 10% now), although requiring, on Peters' intervention, a 66% ``yes'' vote to pass.

On that basis, Mr Peters would still have spectacularly failed to get compulsory superannuation in 1997 - 92% voted against the referendum he got put into his 1996 coalition agreement with National.

But the 2013 referendum against government selldowns of electricity companies and Air New Zealand would have passed. That vote was 67.3%.

CIRs grew out of concern among conservative National party members - of the likes of Peters - at the 1980s Labour government's radical economic deregulation. They didn't get them binding. Instead, they got an electoral system change to MMP and the liberal-market economy rolled on.

That 1980s anger, shared by wide swaths of Labour supporters, was in essence a reaction against disruptive changes which voters were not told before the 1984 election would be done. 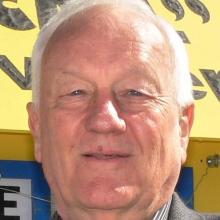 Roger Douglas
Was that constitutional? Technically, legally, yes. The government had a majority in Parliament and Parliament has ``sovereign'' power to do what it chooses.

But did the CIR promoters think it was constitutional in the real sense - the way things should be done in a liberal democracy in which in theory there is ``rule by citizens''?

The 1980s anger has evolved into a reaction against know-all elites who run a system that this decade has developed a wild house market and ramped-up inequalities, according to after-housing-cost disposable income figures in Bryan Perry's report last week.

One outgrowth is discomfort with intrusion by foreigners and foreign governments, crystallised in substantial opposition to the Trans Pacific Partnership, resistance to foreigners buying land and worry about the teeming migrant influx.

The migrant issue goes to the heart of the real constitution - how the nation is constituted. A long-delayed debate on the mix and size of the population has started.

That is not Mr Peters' 1990s anti-Asian dog whistling. It is about what binds, or should bind, an increasingly diverse range of heritages and moral and civil codes in this society.

One element in this response is the formal rulebook for allocating and using power: the constitution.

Amid the 2010s' rapid change, three decades after Sir Roger Douglas clambered through his ``window of opportunity'' without spelling out first what he intended to do, some want to update the Constitution Act. 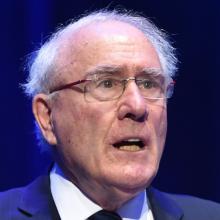 Geoffrey Palmer
Unsurprisingly, one of those is Sir Geoffrey Palmer, who wrote the last update in 1986. He is about to launch a book he has written with a former academic and now litigator, Andrew Butler. Mr Butler authored with wife Petra a book on the 1990 Bill of Rights, another Palmer legacy.

In May, Sir Geoffrey said in a speech the constitution ``is highly flexible'', ``evolves with political developments, has few fixed anchors and is very hard to find'' - ``dangerously incomplete, obscure, fragmentary and far too flexible'', ``subject to few limits'' and ``evolves in obscure and unpredictable ways''.

Ironically, Sir Geoffrey in 1979 wrote a book worrying about Unbridled Power but was No 2, then No 1, in the ``unbridled'' 1980s Labour government.

The new book is under ``strict embargo'' until Saturday, so cannot be quoted here.

But from Sir Geoffrey's May speech we can expect it to bring into one place items now scattered in many documents and unwritten ``conventions'' - including, for example, the Cabinet Manual and the Bill of Rights, ``so people know what their fundamental rights are and how to enforce them''.

He foreshadowed a formal, codified document - ``higher law'' in legal terminology, meaning courts could test laws and actions against it, though Parliament would still have the ``last word'' and the new document would not be ``overly prescriptive'' about norms and values, which evolve over time.

Sir Geoffrey in May also talked of a national name change to Aotearoa New Zealand, recognising our dual cultural base, and of calling the Crown ``the state'', that is, making us a republic.

These are major proposals for which MPs show little enthusiasm yet, so don't expect fast action, though over time, support will probably grow.

Other ground-breaking proposals Sir Geoffrey flagged to me are constitutional recognition of property, environmental and social rights.

And he wants local government, now subject to parliamentary whim, to have a formal constitutional place, fostering ``community''.

That gets closer to ``rule by citizens'' which a truly modern constitution would reflect - as the Young New Zealand First-er in effect said.