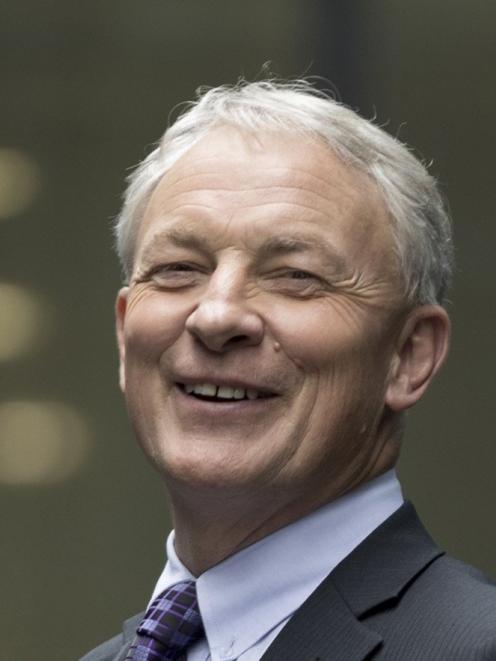 Worked ‘‘capably and decently’’ ... Phil Goff
In old rich Europe and the United States, 2016 has been the year of the populist in politics.

Brexit and Donald Trump ``surprised'' and ``shocked'' snoozing ``elite'' commentators. Globalisation had lifted a billion or so out of poverty in ``emerging'' economies but for hundreds of millions in the rich-world prosperity stalled or reversed and they are reacting accordingly.

We here know about that. Cold turkey deregulation in the 1980s disoriented many and generated inequalities, now embedded. Winston Peters had space to push economic and social nationalism.

But Mr Peters is not a Marine Le Pen or Nigel Farage or Donald Trump or Beppo Grillo, nor is there (yet) someone else of that ilk here. Whereas in the old rich north the 20th-century centre-left/centre-right order is under assault and/or dysfunctional, here it is still in working order, though Labour has had to widen the centre-left canvas to include the Greens.

So to John Key. Politician of 2016? Left at the top. Won three stunning election results. Still pursued for ``selfies'' (though a bit less this year). An economy in nice-ish shape. Social calm (mostly). A smooth handover. A rare fourth term in prospect.

But he did not stick it out and may take with him upwards of 5% of National's high poll ratings which (after their initial bounce) Bill English and Paula Bennett will find hard to recoup.

Is that the ``guts'' he yelled at Labour to ``get some'' of over Iraq? If Mr Key had been prime minister in the early 1990s, would he have faced down the great majority of his party and cabinet to do the Treaty of Waitangi deals, as Jim Bolger did?

Mr Key was in the present, not a builder of a future, more first-class salesman than substance. He got on well with nearly everyone, including foreign leaders, which made space for ministers to do the policy hard yards. But he backed rather than drove his ministers.

When I made him my politician of 2011, I said he had yet to morph from chair-Prime Minister to executive-Prime Minister. He didn't.

He was my politician of 2013 for his policy innovations, firm fiscal management, longer-term thinking and anchoring the cabinet in National's political ethos. In 2015, I said he was a contender for my politician-of-all-my-time.

He will bask over Christmas in strong GDP growth (albeit largely because of soaring immigration and tourism which doesn't trickle down equitably), strong business and consumer confidence, firm job growth and some real wage growth. That's near unique among rich countries and is in part attributable to his management.

And he has at last made it to the top, 14 years after his sad first run.

But he now has to prove himself at No 1 and any slippage there risks overshadowing his No 2 record. Sunday's first-round ministry reshuffle was an unadventurous start, though he has the May second round as a pick-me-up if he dares to exit more ministers and reach into the 2014 cohort.

His biggest challenge as No 1 will be to deliver on his promise last week of better distribution of the proceeds of economic growth. The past 30 years' supply-side economics have left a wide range of potentially politically destabilising inequities, marginal lives and, now, exploitation of vulnerable or migrant workers.

Those policies, plus very low interest rates, have pumped a house bubble. An interest rate rise could sink many recent buyers. Mr Key jumped in time.

Again, not yet. In welfare, Mrs Bennett owed heavily to Mr English's innovations and her astute chief executive, Peter Hughes. She has yet to translate words into real action on climate change.

So to the other side.

James Shaw is still learning (fast) and Metiria Turei is still in transition to minister-in-waiting, though the Greens overall had a solid year.

Grant Robertson's ``future of work commission'' delivered a well-researched, forward-looking report focused on positives - rare for an Opposition party and credit to Mr Robertson. But he and Andrew Little have yet to translate that background work into a connection with middle New Zealand.

Few others beyond Annette King, Phil Twyford and Stuart Nash have got on top of ministers. Too few long-in-the-political-tooth MPs have gone.

So my pick is an ex-MP who did get a message across to middling voters, who made a smooth switch to a job nearly as big as cabinet posts he filled, almost always capably and decently, in 32 years in Parliament and who left behind an electorate team in good shape for his successor.

My politician of 2016 is Phil Goff, mayor of Auckland.