Presents make up for 'Special Birthday' 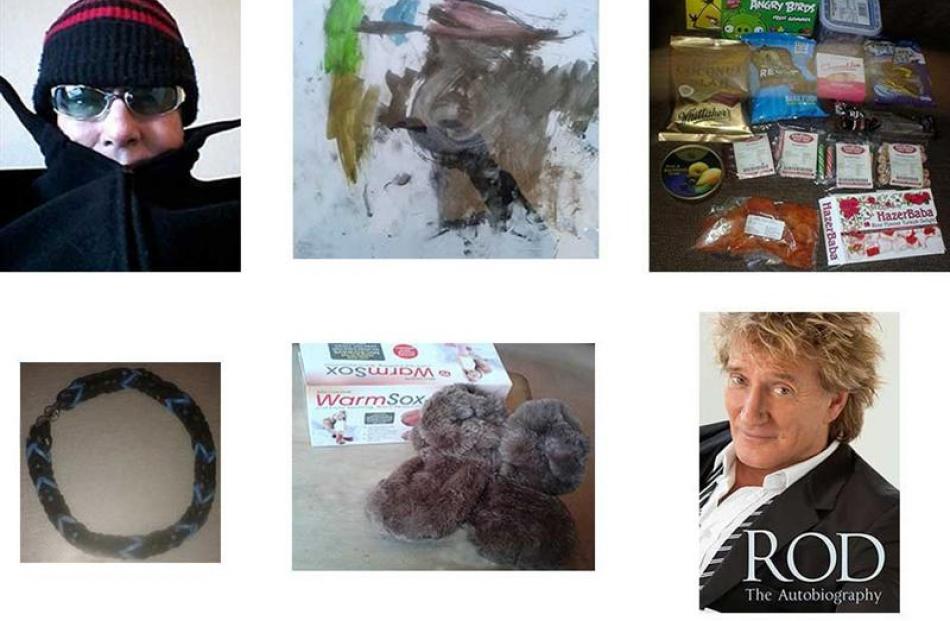 What a knee-gobbling gaggle of birthday presents I received this year. Gosh. I have had some good years - 1997, 1972, 2002 - but this year simply took the biscuit like no other biscuit had been tooken before.

It was one of them Special Birthdays, let's be fair, and close personal friends cluster together at such times to make up for the years they have been found wanting, for those years they cruelly define as just another birthday, what's the fuss, only children really like presents.

Special Birthdays are to be avoided of course.

I would rather eat both arms soaked to the bone in offal paste than open a door and be greeted by a howl of SURPRISE!

It happened to me in Auckland for my 40th, and I have not spoken to a single invited guest for that catastrophe since.

I was escaping to Samoa at the time, and this year I chose Queenstown for the hiding cave.

It wasn't so long ago I could walk into Joe's Garage for breakfast and find a veritable wheelie bin of movie folk, both Hollywood and Bollywood-based, plus the brilliant geezers who did the Speight's ads.

One time I actually met a woman who had provided food for Pink Floyd on a European tour!

Or was that Saffron in Arrowtown?

Sometimes it is so hard to remember the innards of a hiding cave.

But this time all my fellow diners were 24 and in love.

Where have the ageing wrinkled cinematic veterans gone?

Even outside, everyone was 24 and in love. And dressed identically.

I had gone there for anonymity, so I dressed identically too, snapped a selfie, and posted the outer-space Batmanesque shot on Facebook.

A total of 93 people liked it, although some were unnecessarily sarcastic.

The grandchildren proved even more dazzling than in 2013.

Jude (5) did an expressionist painting based on the aforementioned selfie, and Rowan (8) made me a sumptuous loom rubber band wristband I have worn every minute since.

I could mention when I was at primary school we had real looms and wool, but that would be tautologous.

I was given more lollies than you will find at a small corner dairy - Turkish delight and Glo Harts again topped the bill - and the son outdid my hitherto unchallenged ability to find the weird and the wonderful by presenting me with Microwave Warm Sox.

By hokey, this was a thing.

As Seen On TV, so I knew it was quality.

Just put them in the microwave for one minute and you will have warm comfortable feet for two hours.

On the debit side, they were a little damp, and while fluffy and visually stunning, they couldn't be worn to the small corner dairy.

Or even around the house.

And, said the instructions, put them in a very safe Fort Knoxian place because rodents will eat through concrete to get to the wheat inside.

Then there was the Queenstown quango, two nights at a luxury lakeside hotel that not only let me see the lake (for years I have pulled the curtains back and seen only a car park or a wall) but whose room, the size of Costa Rica, had two (two) televisions.

And, phew, the highlight, a meal at Josh Emett's Rata Restaurant, which was beyond words.

I left all my clothes on the table as a tip.

Mere money would have been an insult.

Rod Stewart's autobiography, the ironically and innuendoishly entitled Rod, has proved a delight.

The passages covering his discovery and subsequent seduction of Rachel redefine anthropology as we know it.

Throw in a stapler, a pair of sharp scissors that actually cut things, and a nail trimmer that doesn't cuddle the nail but sends it flying through the air - I had requested all of these - and you have truly unforgettable loot.

The fact the Government chipped in by agreeing to give me money every fortnight is just ridiculous.