Read the rankings and wonder where they come from 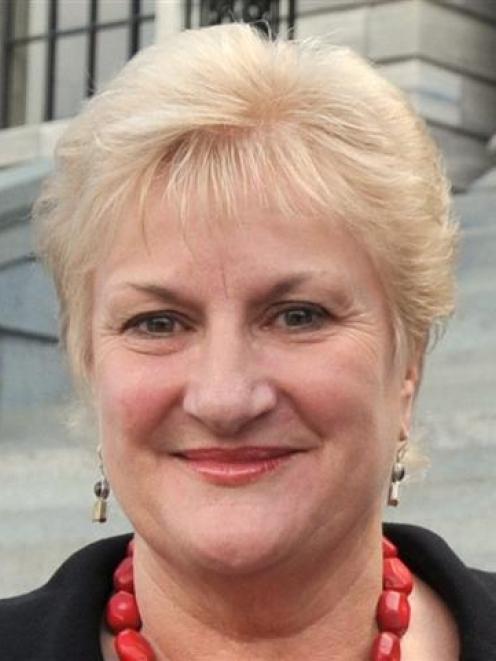 Annette King
It goes without saying that any independently written dossier highlighting which MPs are successfully clawing their way up politics' greasy pole and which are firmly on the slide is essential reading for Parliament's ambition-crazed inhabitants.

None more so, perhaps, than end-of-year performance ratings issued this week by the subscription-only political newsletter Trans Tasman.

Some of the publication's assessments of how well individual MPs have fared over the past 12 months seems harsh. Take Annette King. Labour's deputy leader might well be spitting tacks. And understandably so.

Trans Tasman noted she had rolled out new "welfare" policies, before going on to bag her for having "few fresh ideas" as Labour's social development spokeswoman.

This is the same Ms King who less than two months ago flagged a radical overhaul of long-established social policy by according absolute priority to the needs of children, especially preschoolers.

Her approach really would park the ambulance at the top of the cliff, rather than the state being left to pick up the pieces of wrecked young lives at the bottom.

The policy is perhaps the most serious prescription yet for breaking the cycle of disadvantage which is blighting generation after generation.

It is not some kind of return to traditional "welfare", as Trans Tasman disparagingly called it. It is the product of the kind of serious thinking parties are constantly urged to undertake when dumped into Opposition.

Similar intellectual rigour has been applied to Labour's approach to managing the economy, producing an equally major realignment in that policy.

Labour has made substantial progress in terms of restoring the party's ideological foundations, which were inevitably weakened by the compromises and exigencies of a long period in office. Just how much progress can be judged from an end-of-year stocktaking speech to be given by Phil Goff on Monday.

But policy goes only so far. Where Labour is deficient is in finding the right buttons to push to reconnect with the electorate in a more emotional and thus more lasting fashion. In short, it still has to make itself relevant to people's lives.

If the party is failing to grab the attention and imagination of those inside the Wellington Beltway, then it has no chance of doing so with the far bigger audience outside.

Too often, Labour claims victory over National in some domestic skirmish or other and assumes the wider audience sitting up and taking notice.

The Mana byelection was a rude awakening to the fact Labour's audience has not been listening.

By and large, the punters are not yet thinking or much caring about what Labour might have to offer at election- time, now less than 12 months down the track.

This is not unfamiliar territory for a political party completing its second year in the wasteland of Opposition.

But things are doubly difficult for Labour. It is confronted by the unique electioneering phenomenon that is John Key. The Prime Minister devoted a considerable amount of his time to campaigning in Mana.

That fact and the close result of the byelection may not be unconnected.

Giving Labour some succour, however, is the sluggish economy.

Labour believes that will start to bite National as the beneficial impact of October's tax cuts starts to wear off and people start feeling worse off.

The lingering downturn has been the cue for David Cunliffe, Labour's finance spokesman, to step up to the plate. He knows it is now incumbent on him to lift his profile and slip up a gear or two, not least to prevent his own eventual leadership ambitions being sunk by a thrashing from National next year.

While the leader is the face of the party, it is vitally important voters are assured the leader and finance spokesman or woman operate as a team.

Labour has yet to build any strong images of the Goff-Cunliffe relationship as the backbone of a government-in-waiting.

What Messrs Cunliffe and Goff have done is set the parameters within which Labour will campaign next year. That is based on the premise that there will not be any new money for Labour to spend if it wins. That is not just bottom-line; it is bedrock. Labour is not going to allow National to open a debate about fiscal prudence - a debate Labour can only lose.

Indeed, Labour is trying to sound even more fiscally dry than National to short-circuit any such debate in advance.

However, this self-imposed restraint - while necessary - is going to make it devilishly difficult to convince people that Labour will be able to fulfil its pledge to be far more hands-on and interventionist. Interventions cost money. Monitoring programmes on the scale Ms King envisages would cost a lot of money.

Despite Mr Cunliffe explicitly ruling out any dilution of Crown equity in any state asset or existing subsidiary, he has been accused of weakening Labour's anti-privatisation stance.

Voters will not be able to tell the difference between National engaging in part-privatisations of SOEs and Labour's use of private sector capital to create new state entities.

The policy is an indication, however, that Labour is going to tack both leftwards and rightwards in what will necessarily be a far more flexible attitude to policy development.

Labour has to show it is going to be different.

And not just from National, but from its recent past.

That is not easy. The party is endeavouring to place some distance between itself and National while not moving too far either way from the centre, which is currently occupied by National.

Labour does not need politicians aspiring to climb the greasy pole. What it needs is contortionists capable of straddling both the left and the right at the same time.