In times of trouble, consider the mattress 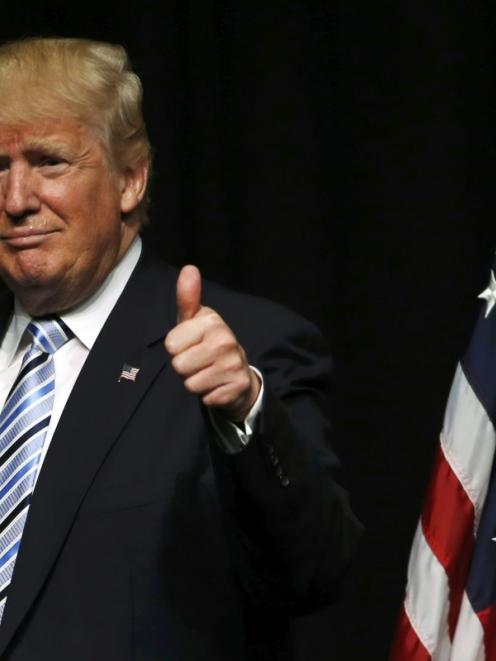 Either would send global shockwaves.

A rocky two years would follow a "Brexit'' vote as exit terms were negotiated. It would weaken the European Union, with geopolitical implications. There would be transatlantic, European and wider economic impacts.

A Trump presidency's impact at home and abroad would be unpredictable, a potentially disorderly political and economic force in an already increasingly disordered world.

Even votes to stay or for Hillary Clinton would, if the margins are narrow, cause global political and economic shivers.

Brexit-ism and Trump-ism are symptoms of deep ills, reactions against all-knowing and all-owning elites who have presided over growing inequalities and other societal reshapings that have upset, disempowered, dispossessed or scarred "everyday'' folk who feel left out and/or let down, outcasts-in-their-own-lands.

Across Europe, this mood has lifted anti-elite parties' votes and installed anti-elite regimes in Greece and Poland.

So even "Bremain'' or pro-Clinton votes would not be durably definitive. The post-1945 liberal-democratic hegemony of centre-right/centre-left parties in the "West'' is ending.

What comes next is unclear - and Western-type countries alone will not decide as they have for 250 years.

There are other economic threats, some potentially systemic.

One stems from central banks' slip into negative interest rates - so far in Japan, the euro zone, Switzerland, Denmark and Sweden. The United States' Federal Reserve, which lifted back off ground-zero (to 0.25%-0.5%) only last December, has stalled and might even head back down.

Trading banks which need to deposit funds with negative-rate central banks have to pay, not receive, interest. That squeezes margins.

Japan's Bank of Tokyo Mitsubishi said last week it was considering giving up its primary dealership in government bonds. Several German savings banks plus the big Commerzbank have looked at storing notes in vaults to avoid depositing funds with the European Central Bank.

That is the equivalent of "everyday'' folk stuffing notes under the mattress.

The alternative is no better. If interest rates start rising at some point, that would cut bonds' capital value, which could cause a big shock - a "supernova'', Janus Capital's Bill Gross said.

And the global economy hasn't yet "recovered'' its GDP and trade levels after the 2007-08 Global Financial Crisis (GFC).

That includes China. It spent heavily on infrastructure and houses to offset the GFC. That added massively to debt, including now tottering corporate debt.

That, plus the many other distortions in the autocrat-run Chinese economy (and society), is increasing the potential for a major domestic shock, which would have global repercussions - as suppliers, including Australia, found when China wound down its infrastructure splurge and so imports of iron and other minerals.

These multiple turmoils spell economic and political risk for New Zealand, both direct - limited in the case of Brexit and Trump - and indirect through the global impact - potentially serious.

Is the Government here nervous? Not if you sat in on Bill English's bland, near-Pollyanna opening words to Parliament's finance and expenditure committee last Thursday.

Mr English did acknowledge "a range of risks'' but did not detail them.

So how prepared are he and his advisers for a shock?

There is a fiscal "cushion''. Banks meet the Reserve Bank's liquidity stress tests.

The Reserve Bank, Treasury, Financial Markets Authority and Ministry of Business, Innovation and Employment share information fortnightly on systemic risks. The Budget economic update explored some risks. The next long-term fiscal forecast is canvassing a wider range of potential diversions than past such forecasts.

But officials are not exploring "what-if'' scenarios so as not to be blindsided, as they were by the GFC, if things go really bad in unexpected ways.

Well, there is always the mattress.

-Colin James is a leading social and political commentator.