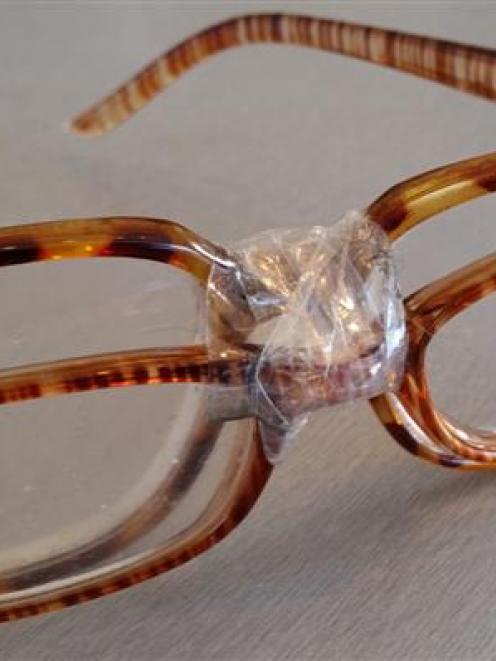 It seemed like a great idea for New York.

I attended but a few hours, and yet I was very close to the event.

Our daughter was involved in doling out the 1216 roles.

Everywhere I looked last weekend were sheets of paper with names ticked or crossed, last-minute cancellations, and pleas to be included - is Hamlet still available?

She was constantly contacting.

On stage it was a continual reading: for her it was 86 hours of improv.

Artistic director Lara Macgregor, whose idea it was, she has spent years in New York, bailed me up imperiously on the first night.

''I can't believe you are not doing any reading!'' she bailed imperiously, hands metaphorically on hips.

Well, a spot of due diligence wouldn't have gone amiss.

I was very well taught at Kaikorai Primary School, and have continued to read to this day.

Now with Kindle, I read even more, I hoover.

But I read in a very unusual way, with book or screen held flat against my nose as I peer through very thick reading glasses with a magnification of five.

Four is as big as they go here, so my fives came from America.

But I soon lost one of the two imported pairs, and shortly after, I sat on the second, smashing both arms right off.

However being a DIY kind of guy, I taped the lenses to another pair, and these work fine.

I was therefore interested in reading styles at the Fortune Studio that Thursday night.

Fifteen fronted for The Taming Of The Shrew.

How many had books pressed against the nose and four half-inch-thick taped tortoiseshell lenses?

You will know the answer to this.

Instead, all 15 looked consummate, text two feet from the eye.

Had I been up there, the audience would have rocked with hysterical laughter throughout, belittling both the bard and the bravely innovative Fortune Theatre.

Hence, had I looked like everybody else, I would have offered to read.

I would have demanded King Lear, of course, but one of the local Gielguds snapped this up.

And my other choice, Lady Macbeth, was grabbed when the doors opened, by a woman who happened to be my hairdresser.

I was not truly devastated.

The thing is, a monkey can write Shakespeare.

He was merely the Pam Ayres of his time, caught the attention of the public as something a bit new, and just sort of hung around, refusing to go away.

Pam only differed in that her time in the public eye was 15 months, whereas Shakespeare has quixotically lasted 450 years.

But that just means Shakespeare's publisher had a better marketing arm.

All you need when writing Shakespeare is some rhythm and flow - and Pam Ayres had oodles of this - and a welter of puns and alliteration.

All of which creates sentences that go nowhere, though I didn't say that.

Let me show you how easy it is to write Shakespeare.

I jotted these lines down on a $5 note when returning home, head reeling, from the Fortune that first night.

''Oh wretched Mercutio, your sense is low and common/Lo, Portia, were I possessed of common sense, I would not sense nor seek the solemnity of which you speak/Mercutio, you are no Sikh, only solemn consensus can rid you of that foolish quest/I question your quest for such a simpering fool whose empty promises deceive/and yet, Mercutio, to deceive hope as vile as soured honey would belie belief/Portia, you shimmering shrew, to be or not to be a bee and sweeten a phial of honey most foul is the question/Fowl, Mercutio, fowl? Such talk of free-range chicken reviles my crob, for where the bee sucks, there suck I/your eyes, Portia, suck no sympathy. It may indeed be upon the bee, a bee who has been and yet not still become - come then, and be with ME!''

And yet the weekend worked wonderfully, a festival of chuckle and bonding.