US the standard-bearer no longer 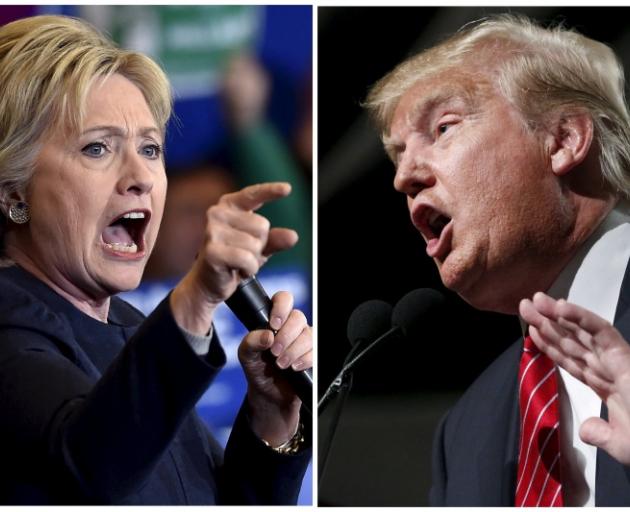 Americans will vote for Hillary Clinton or Donald Trump on November 8. Image from ODT files
For seven decades after 1945 the United States proclaimed itself the global standard-bearer of democracy - and broadly was. No longer.

Deeds did not always match words. There were nefarious actions in Latin America - undermining the democratic Allende regime in Chile, for example - and at the interface with the Soviet Union - Vietnam, for example. In 2003, it jettisoned international law to invade Iraq, again proclaiming a democratising mission. (Wow!).

But the United States generally lived up to its proclamation. Notably, its post-1945 support of western Europe helped embed democratic practice which in turn became a beacon for eastern Europe.

And at home the United States practised the democracy it preached. That is still discoverable at subnational level. But federal politics, the window through which would-be democrats elsewhere see the United States, has gone off the rails.

One driver of this derailment is the hardening of the system's arteries.

The United States clings to a first-past-the-post two-party system long after more democratic countries, including ours, have opted for more representative systems.

The party which controls each state draws the federal electorate boundaries to its advantage. The president is appointed through an electoral college to which each state sends delegates proportional to its population but in 48 of them the candidate with the most votes gets all the college delegates. Wins in big states can trump the national popular vote, as in 2000.

There is a democratic dimension: a relatively wide range of the public (varying from state to state) can take part in selecting the two major parties' presidential and other candidates. No party here would dare do that.

But for that to work well the party system needs to work well. It no longer does. That is the second driver of the derailment.

The Democratic Party has come adrift from its old voter base. Large numbers see Hillary Clinton as embedded in the oligarchy.

The Republican Party is far adrift from its 1980s moderate conservative moorings. Writers on the moderate American Conservative website wring their hands.

Current Republican leaders claim descent from Ronald Reagan but lack his democratic realism and compromise. They have caused fiscal havoc.

This delinquency is due in part to influence of the wild-right Tea Party on some candidate selections and policy positioning.

The Tea Party's torrential emails tell us that ``demon-possessed maniacs run the Hillary Crime Machine'' and that Barack Obama has ``handed over control of the internet to foreign globalists'', is ``fuelling race riots'', is ``trying to destroy the heritage of our beloved nation'' through immigration and ``wants his own way'' with a ``New World Order'' that ``spells death to liberty and a complete conversion into a socialist fascist state''.

The Tea Party has repeatedly demanded his impeachment and Mrs Clinton's imprisonment. It warns that ``armed militias'' are ready to storm Washington if the election is ``stolen'' from Donald Trump.

Given the influence of this vicious lunacy, Mr Trump is an unsurprising official Republican presidential candidate.

He is the third driver of the democratic derailment.

Mr Trump is grossly narcissistic. He wants to run his, not America's, America. He prances, exaggerates, brags, makes things up, lies, cheats, thieves, gropes, disregards the law and the constitution, incites violence against Mrs Clinton and heaps scorn on frightened and/or decent Republicans who tut-tut him.

And, a black irony for his party, self-styled rich-rich Mr Trump appeals to large numbers who resent the oligarchy for a variety of reasons. An arriviste in the oligarchy himself, he is despised by established oligarchs and despises them.

If he wins tomorrow (our time), expect damage, possibly serious, to geopolitics and the geo-economy. China would likely take precedence in the western Pacific.

And if he doesn't win, he will leave a mound of hot political embers: a broken Republican Party, a still seething 40% of voters who will not readily reconcile to Mrs Clinton and thus little room for sensible democratic deal-making (unless the Democrats have also won the Senate and come close in the House).

Many are voting for Mrs Clinton only because Mr Trump is worse. Editorialising in support of her last week, the Washington Post called her ``foolish and arrogant''. Repeat: that was in an editorial supporting her.

This election and the politics it showcases are tragi-farce.

That wouldn't matter if the United States was Malta. But it is big, rich and militarily super-powerful. It is critical to geopolitical and geo-economic stability.

That it has chosen to degrade democracy is grim for us all.

Can we be smug about all this? Not in the wake of the Saudi sheep slinter. There is work to do in Wellington, too.