Australian shearer cleans up on Saturday, back on the job today 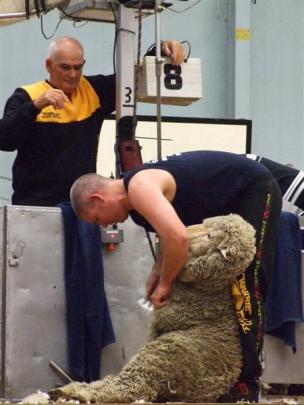 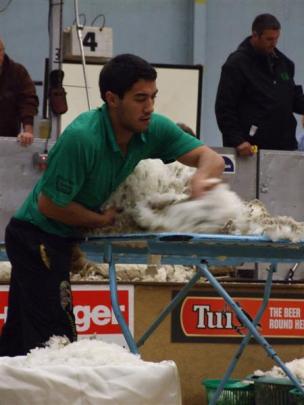 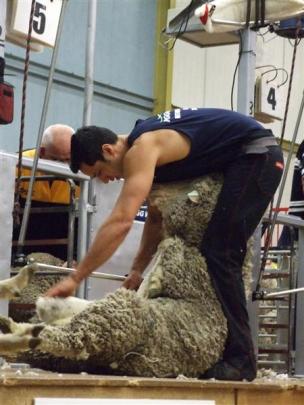 Charlie O'Neill, of Alexandra, made it into the New Zealand Merino Shearing Championship open final and finished fifth. He won an award for having the highest quality points overall.

It will be business as usual today for triple New Zealand Merino Shearing champion Damien Boyle, who will be back in the shed, but this time no trophies are at stake.

Boyle and his family have been long-time supporters of the event, competing for the past 15 years.

"It's really a big thrill to win this. It's the only merino shearing championship in the country and that's what I do. I'm not a crossbred shearer at all."

Boyle (35) lined up against five New Zealanders in the final and finished almost seven points clear of his next rival, Chris Vickers, of Palmerston.

"It felt comfortable and I just tried to be clean and quick."

Within six hours of arriving home, stepping off a plane at midnight, he planned to be back in the shearing shed. The family farms 4046ha at Broomehill and he promised his brother Brendan, who was also competing in Alexandra at the weekend, he would help him to shear some sheep today.

Vickers, the top New Zealand finalist, earned a place in the New Zealand shearing team for a transtasman test this month in Warrnambool, Victoria. He joins shearers Angus Moore, of Ward, and John Kirkpatrick, of Napier, and wool handlers Sheree Alabaster, of Taihape, and Rocky Hape-Taite, of Dannevirke.

Tony Coster, of Rakaia, was third in the open final on Saturday, Mana Te Whata, of Mossburn, fourth, Charlie O'Neill, of Alexandra, fifth, and Nathan Stratford, of Invercargill, sixth.

Henare was elated to win the title, saying it was "a dream come true".

He first competed in the fine wool championships in the junior wool-handling section as a 12-year-old, he said.

Rimene had been his mentor.

The winner of the teams section was the Lyon Wannabees, with the Broomehill Hustlers second.

The senior shearing title went to Brett Roberts, of Mataura.