Bowlers past and present roll up for centenary 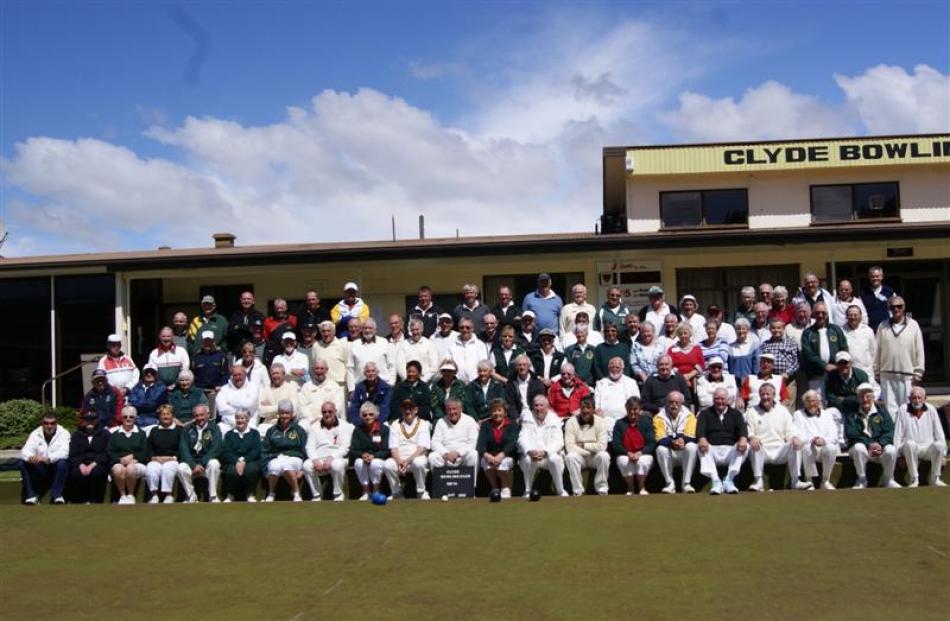 Past and present Clyde Bowling Club members turn out to celebrate the club's centenary. Photo by Sarah Marquet.

A public meeting in Clyde 100 years ago passed a resolution to form a bowling club, ''as a means of attracting visitors and to provide recreation''.

According the the club's centennial book, that was the beginning of the Clyde Bowling Club and within 16 days, it had 80 members.

It took some time to find land for the rinks, but the green was finally opened early in 1914, an event celebrated in ''tip-top style'', according to a reporter by the name of Skip, writing in the Dunstan Times.

Last weekend, 95 of the club's past and present numbers celebrated the centenary with tournaments and a jubilee dinner.

a special triples tournament was played in honour of a former member, Peter Paulin, who died recently. Mr McArthur said he was ''an exceptionally well-respected'' life member of the club and one of the instigators of the centenary weekend celebrations.

Mr Paulin recorded some his memories about the club in the centennial book.

''Clyde had a great reputation as having the best green in Central Otago, according to all these guys who came from all over the district.

''But I had a suspicion that the only reason Clyde was wonderful was because it wasn't really dead level,'' he wrote.

At the centenary dinner, Des Paulin and Jack Holden were made life members of the club.