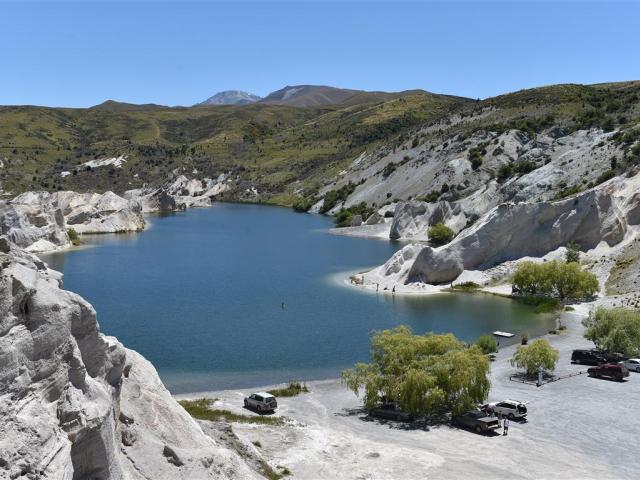 The Blue Lake at St Bathans. Photo ODT
A 22-year-old  Central Otago man has been charged under the Maritime Transport Act following a police investigation into the death of a 12-year-old boy after a boating accident on St Bathans' Blue Lake.

Jack Martin, of Waikouaiti, died on Boxing Day last year, after being struck by a passing boat while riding a ``biscuit'' behind a boat on the small lake.

The man will appear in the Alexandra District Court on January 12 to face a charge of operating a ship in a manner which caused unnecessary danger or risk to any other person, a police spokeswoman said yesterday.

The charges have been laid by police under the Maritime Transport Act. The maximum penalty is a one-year jail term or a fine of up to $10,000.

Asked which boat the man was on, the police spokeswoman said she could not provide any more details as the matter was now before the court.

The organisation said its safety review identified risks to navigation safety. The former speed limit on the lake was imposed in 1980 and was an increased speed limit, known as speed uplifting, which allowed boats on the lake to be operated faster than the 5-knot limit at particular times of the day.

The boy's parents could not be contacted for comment yesterday. Earlier this year, Jack's father, Neil Martin, told the Otago Daily Times the family did not want to see anyone charged in connection with the incident.