Project Hayes: Gone with the wind 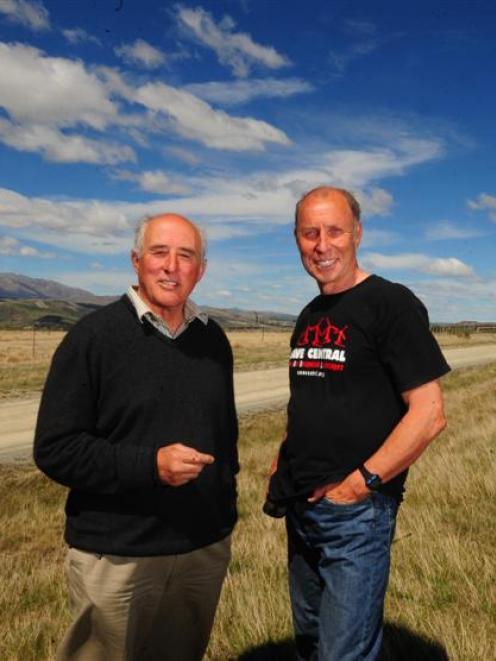 Project Hayes appellants Graye Shattky and Grahame Sydney celebrate at St Bathans yesterday the Environment Court's decision to reject the proposed Project Hayes wind farm on the Lammermoor Range in Central Otago. Photo by Craig Baxter.
"It was an inappropriate scheme in an inappropriate place and I always felt that the bench would recognise that."

That was Project Hayes appellant Grahame Sydney's reaction yesterday to the Environment Court's decision to uphold an appeal against Meridian Energy's proposed $2 billion wind farm on the Lammermoor Range in Central Otago.

• Meridian: Need to assess all projects

In a 350-page decision released to parties yesterday, the court refused consents for Project Hayes.

It came nine months after the 33-day appeal hearing for the proposed development had been adjourned in Queenstown.

Mr Sydney, who lives in Central Otago and is an ardent campaigner for the protection of its landscapes, said he had remained confident Project Hayes would be refused since Meridian first applied for consents in 2006 and 2007.

"The common sense and logic was all swinging our way," he said. 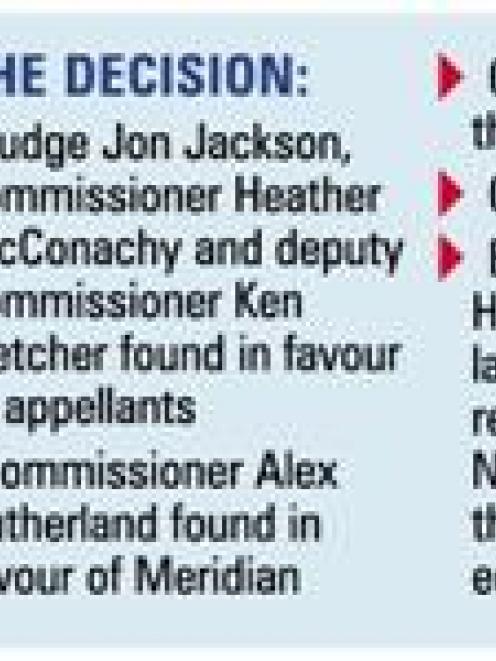 "This is right up there with the best times of my life. You have your children and then you have a win like this," he said.

Mr Shattky said it was not everyday he "felt 21 again".

"It's a magnificent day for Central Otago," he said.

Both said the appeal had always been about the landscape, and not energy, and set an important precedent for further proposals of large-scale development in Central Otago.

"This judgement has wonderful repercussions, and could be said to be putting a stop to the desecration of these landscapes in one blow," Mr Sydney said.

Mr Shattky said the Central Otago District Council - which granted initial consents for the project - had no choice but to better protect the district's landscapes of significance.

"The bar has been raised. It leaves the council under no illusion about the responsibility it has to identify and protect the district's special sites in perpetuity," he said.

Former All Black hooker Anton Oliver said he had been in touch with fellow protesters all day, celebrating the news.

"What this result is saying is that some things aren't measured in monetary terms," he said.

"It's saying that some landscapes in New Zealand are so special that you can't put any price on them."

The decision to refuse consents was made by a three-to-one majority.

In the decision, Dr Sutherland said he agreed with and contributed to the writing of most of the document, but in his view the benefits proposed by Meridian were slightly more significant than adverse effects posed by appellants "such as to be in Meridian's favour".

But the final conclusion found key reasons for refusing consents, including the detrimental impact Project Hayes would have on a unique landscape, the fact there could be other potential sites for wind-farm development, and because insufficient evidence was provided by Meridian and the Crown in regard to the efficient use of the site's natural and physical resources.

"After weighing all the relevant matters . . . we judge that the Meridian project is inappropriate in the outstanding natural landscape of the Eastern Central Otago Upland Landscape, and does not achieve sustainable management of the Lammermoor's resources. That is principally because the nationally important positive factors of enabling economic and social welfare by providing a very large quantity of renewable energy are outweighed by the most important adverse consequences," the decision stated.

Costs were reserved, but the decision stated "our current view is that costs should lie where they fall".