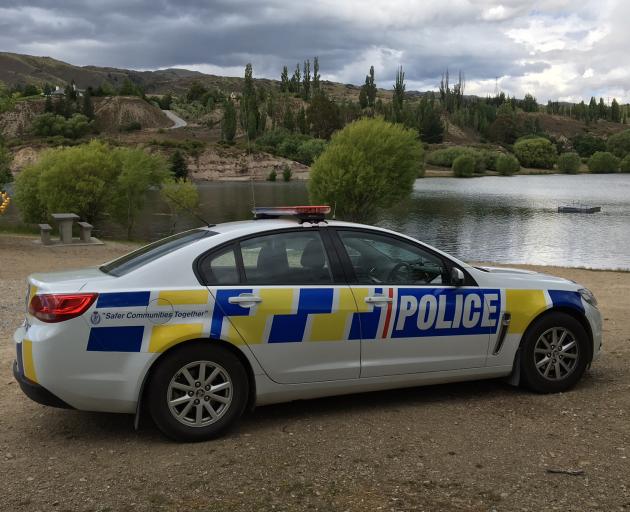 A man who rescued a young girl from the Bannockburn inlet then recovered the body of the teenager who apparently drowned trying to save her, deserves a medal, say those at the scene.

Cromwell man Rob Horne deserves kudos for his efforts and some sort of official recognition,  say a group of people who arrived at the scene minutes after the drama started unfolding.

Alexandra builder Geoff McHardy alerted emergency services just after 1pm on Saturday after a woman frantically waved down the vehicle he was in.

"There were seven of us heading to Carrick Winery for lunch and this lady jumped out on the road in front of our vehicle . . . she was beside herself and said there was a kid drowning in the lake.

"We all piled out and Rob and his partner ran down to the lake . . . he stripped his gear off and into the lake he went."

The inlet is a popular swimming and boating area, in the Kawarau arm of Lake Dunstan.

"There was a wee girl in the water, 7-8-9 years old maybe, and a person I think was her Dad was with her and Rob got them both to the shore. Apparently, before that, the wee girl had got out of her depth and the 19-year-old man -- who drowned -- had gone in to get  her."

Some of Mr McHardy's group were standing on higher ground during the rescue and spotted another person in the inlet, floating under water by the pontoon, which was anchored off shore.

"At that stage we didn't know someone else was in the water, as well as the wee girl. After she was safely out of the water, Rob swam over but the person by the pontoon had disappeared from view."

Mr Horne was a diver and someone drove to his home to collect his wetsuit and dive gear, Mr McHardy said. By that stage, crews from the Cromwell Volunteer fire brigade, police and ambulance staff were at the scene.

The young girl pulled from the water appeared unharmed and another woman took her and another child who was with them, back home, while the search continued for the missing man, he said.

"They didn't want the kids to see all that."

Kitted up in his gear, Mr Horne spent about 10 minutes diving around the pontoon area, searching for the man. He was supported by his partner, who was also a diver and was with the group.

"It was all very sad, but Rob, he deserves a medal for what he did in making sure the wee girl was safe and then the efforts he went to,  to retrieve the body of the man. "

Mr McHardy said the group he was with contained people from Alexandra, Arrowtown and Cromwell who were going out for lunch together. He had only met Mr Horne that day.

The inlet got "quite deep quite quickly" out from the shore, he said. The weather was fine with a light north-west  breeze and "only a ripple on the surface of the water".