Singing the national anthem of Vanuatu during the 10th anniversary celebration of Seasonal Solutions at Earnscleugh yesterday are (from left) Regina Bumseng, Joily Bumseng, Zylian Bumseng (14, partly obscured), Peter Bumseng, Obed Thomas, Zebedee Poilapa, Challie Lau (obscured) and Kevin Sivo. Photo: Lynda van Kempen.
It was a risky venture at the time but Seasonal Solutions has paid off, boasting an annual turnover of $24 million and boosting the economies of two countries.

The co-operative, set up to ease seasonal labour shortages in the Central Otago fruit and wine industries, celebrated its 10th anniversary yesterday  and has gone from strength to strength.

Several government agencies were involved in its establishment, along with local government, fruit-growing and winegrowing groups.

Employing New Zealanders has always been a focus but the group also brings in Pacific Island workers under the Recognised Seasonal Employer (RSE) scheme to cope with the harvest, as both the horticulture and viticulture industries continue to expand. Forty-five workers were in the first group from Vanuatu based in Central Otago for four months over the summer of 2006-07. This season, close to 1400 RSE workers will be employed through Seasonal Solutions.

At the anniversary function at Earnscleugh yesterday  founding chairman Basil Goodman said Ministry of Social Development southern region commissioner John Allen was one of the people instrumental in setting up the co-operative.

"Because of him we’ve got Seasonal Solutions fully entrenched in Otago, Canterbury and Marlborough. Half our turnover is generated outside Otago," he said.

Mr Allen said the co-operative was the biggest thing and the most successful venture he had been involved in, in 16 years as a regional commissioner. With a turnover of more than $24million it was an amazing commercial success and its contribution to the Central Otago economy was huge, he said.

There was a lot of innovation and a lot of risk. If it was mooted today, it would probably not happen within his organisation, because of the risk, he said. Like many other speakers, he paid tribute to the work and dedication of Mr Goodman, who remains the  chairman of the co-operative.

Seasonal worker Peter Bumseng, of Vanuatu, said he was on his 11th season in Central Otago and it was a pleasure to be part of the scheme.

The outpouring of support from New Zealanders after Cyclone Pam tore through Vanuatu  last year "showed that we’re one community, one family", he said.

Central Otago Mayor Tim Cadogan said although the seasonal workers wanted to give thanks for what they had received through the scheme, he was grateful to them, for what they added to the district.

"You are part of our community," he said.

Chief executive Helen Axby noted it was difficult for the workers to be away from home for seven-month stints. A support group had been set up to help the wives and families cope with the workers’ absence in their home country. 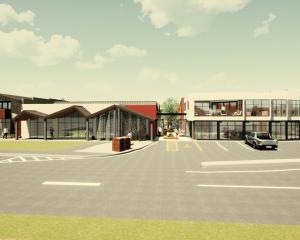