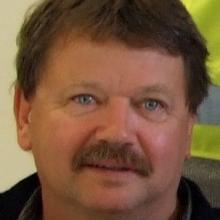 Cliff Halford
Even successful anglers could be taking home fewer trout and salmon from some waterways this fishing season, beginning on October 1.

The Otago Fish and Game Council is introducing a new set of regulations with new bag limits to ensure fish stocks are maintained.

Fish and game officer Cliff Halford said the changes had been approved by the Minister of Conservation and were made after consultation with angling groups earlier this year.

They were designed to take account the increased population in the lakes region, and the "degradation of many lowland streams with declining fish numbers", Mr Halford said.

A major change is the setting of individual limits for trout and salmon.

"Above the Clyde dam, on our main lakes and the Clutha River you can only take a maximum of two trout.

"But you can have in addition to that, four salmon, because salmon are quite prolific at times."

Previously, the limit was six fish, and they could be all trout or all salmon.

Mr Halford said the change was not a reflection of a decline in trout numbers, as trout fisheries above the Clyde Dam were in "good condition".

"It’s more a reflection of [population] growth and it’s a reflection of our council wanting to take a precautionary approach ... and sharing the resource into the future."

"A six-fish bag limit is quite high in [this] day and age."

Mr Halford said the council was "mindful" of the increase in tourist numbers and the "impact that could be having on our fisheries".

Downstream of the Clyde Dam, most waterways that previously had a daily limit of six fish now have a limit of four trout, and two salmon, although there are variations for some waterways.