'Delight' over letter to board 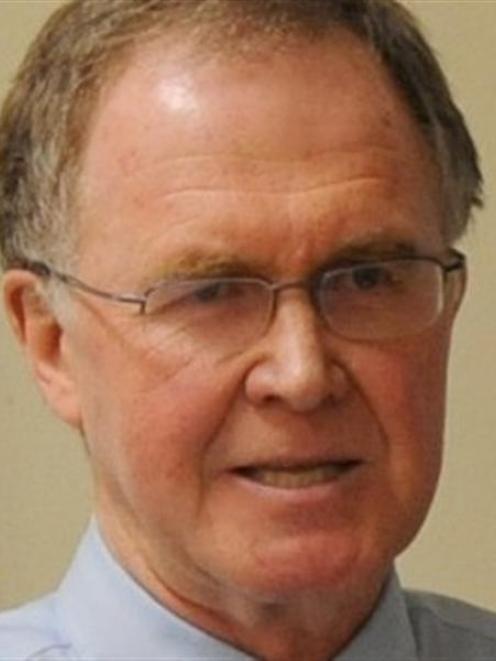 Ron Paterson.
New Ombudsman Prof Ron Paterson has sent a powerful message to Southern District Health Board, in stating it should consult on controversial decisions such as starting a termination service, Southlanders for Life spokesman Fr Vaughan Leslie said yesterday.

Prof Paterson has written to the health board to conclude the investigation into the decision to start a termination service in Invercargill, in August, last year, without consulting the public.

Anti-abortion group Southlanders for Life, which complained to the Ombudsman, was ''delighted'' by Prof Paterson's view, Fr Leslie said.

Prof Paterson had sent a message to all health boards about needing to consult the public before making similar decisions, Fr Leslie said.

It was wider than just abortion issues, he said, citing controversy over the decision to dump Presbyterian Support Otago from the South's home support service.

The group planned to release Prof Paterson's opinion at a pro-life rally in Invercargill on Sunday. Prof Paterson's letter is to be discussed at the health board meeting on Thursday.

His view appeared to differ from predecessor David McGee, whose provisional finding backed the board's decision to start the termination service without consultation.

''In my opinion, where a decision-maker such as a district health board knows that a funding or access decision . . . is likely to be controversial and to arouse strong views within the community, it is good administrative practice to consult with the community, to allow community participation in the decision-making process,'' Prof Paterson said.

The board's view yesterday was that Prof Paterson had upheld Mr McGee's provisional finding, and added a view of his own.

Health board chief executive Carole Heatly, in an email, said the board would in future be guided by Prof Paterson's view that it should consult on controversial decisions.

Ms Heatly said Prof Paterson upheld the board's position, despite stating it should consult on any similar moves in future.

''The letter. . . provides a final opinion in which he re-stated Mr McGee's provisional opinion and also recorded his view . . .

''The Southern DHB followed the correct procedure in this case as per the opinion of former Ombudsman, Mr David McGee and the current Ombudsman, Prof Paterson.

''The board will be guided in the future by Prof Paterson's further views with regards to consulting the community ...'' she said.