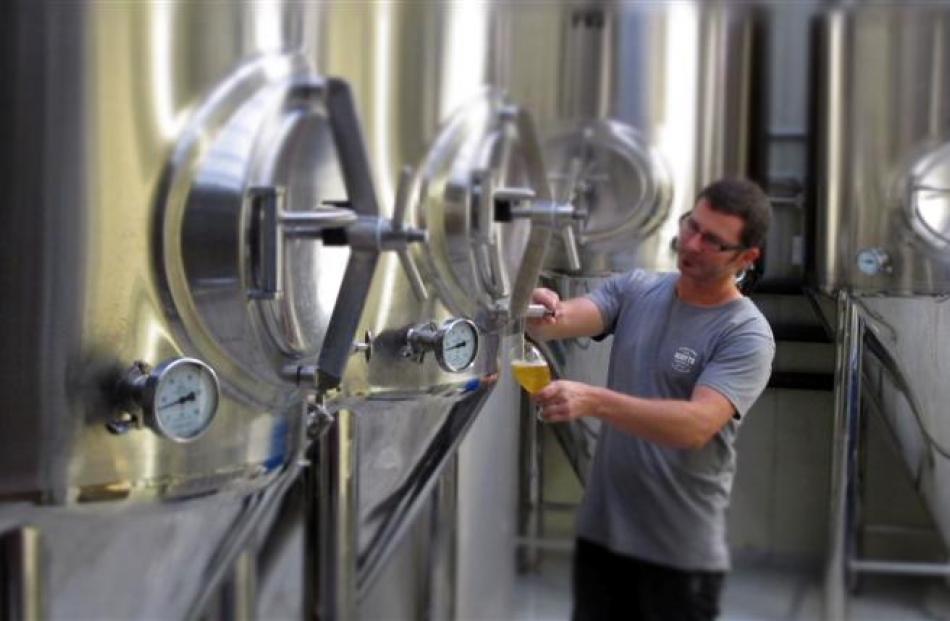 Scotts Brewing Company owner Phillip Scott pours a glass of beer at the company's Auckland brewery, before a move to Oamaru. Photo supplied.

Pubs and supermarkets across New Zealand could soon be taking delivery of beer made in Oamaru, after the Auckland-based Scotts Brewing Company announced it would leave the North Island, and set up a new, bigger operation in North Otago.

Company owner Phillip Scott said work to set up a ''brand-new'' brewing system, capable of producing 5000 litres of beer a day, would start in mid-August.

''We've sold our existing brewery in Auckland and we're putting in a whole new system into the Oamaru brewery.

''It's hard to put a figure on the exact number.

''There will be two brewers starting off, but there will be staff on the packaging line.''

The location of the brewery, at the old railway goods shed in the town's Victorian Precinct, and a thriving tourism sector in Oamaru, were two of the main reasons why the brewery wanted to relocate to North Otago, he said.

He added that the 1000sq m site, which already had a loading ramp, was ''perfect'' for what the brewery needed and would allow it to expand operations.

At this stage the company was producing pale ale and amber ale solely for the New Zealand market, but exports were ''definitely on the horizon'', he said.

The general manager of Dunedin-based Emerson's Brewing Company, Bob King, said Emerson's, which produces about 1 million litres of beer a year, welcomed the arrival of another craft brewery in Otago.