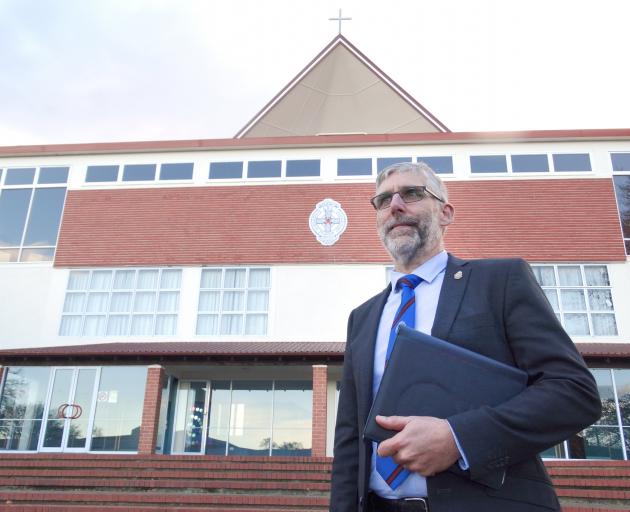 St Kevin’s is due to play Waitaki Boys’ High School for the 86th time next Friday.

On Wednesday night, a group believed to be made up of about 30 former Waitaki Boys’ pupils entered St Kevin’s grounds.

An altercation ensued between St Kevin’s pupils and the group, resulting in a man aged 18 or 19 being admitted to hospital with "relatively serious injuries", Sergeant Tony Woodbridge, of Oamaru, confirmed.

The injured man was neither a school pupil nor from Oamaru, Sgt Woodbridge said.

It was the second successive night a group had trespassed on to the St Kevin’s precinct, vandalising property and "traumatising" staff families, Mr Olsen said.

"We are saddened by these events and, in response, have locked the gates and are going through our video footage for identification of faces and number plates.

"Police and high schools have been in communication over the past week to try to mitigate issues concerning the behaviour of ex-pupils both at this traditional interschool game and before the event.

"Regrettably, the deplorable actions of these individuals seriously call into question the future of next Friday’s match."

Sgt Woodbridge said police were "upset and angered at those actions from both sides".

"Police will take positive action and arrest and charge people where appropriate."

The game, known as the Blood Match is usually a highlight of the North Otago sporting calendar, but has attracted controversy in the past, generally from incidents off the field.

In 2018, police investigated after a Waitaki pupil was hit by a car on St Kevin’s grounds two days before the game, and a sideline scuffle led to an arrest during the 2015 clash.