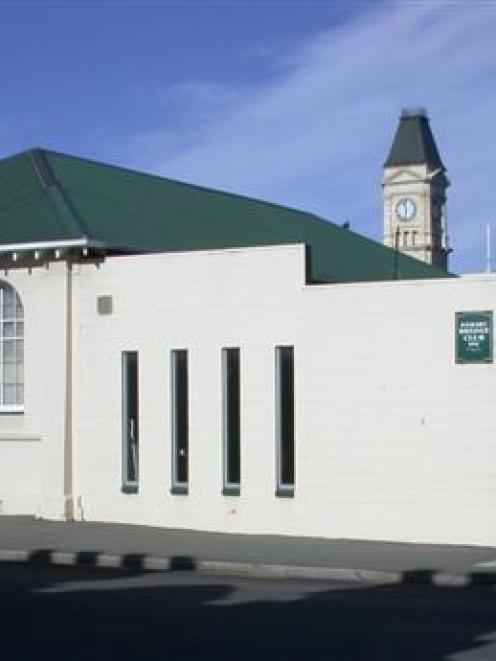 The club has been disputing since 2007 a rent rise of more than 350% for the land in Steward St its clubrooms occupy.

The council has a policy of charging market rental for its leasehold land and buildings, based on valuation.

In 2007 a revaluation of the land - half council endowment and half reserve vested in the council by the Crown - resulted in the club's rent rising from $812 a year to $3000. That was negotiated to a lesser amount, but is still challenged by the club.

The rent is charged on the land; the club owns the building.

The club has raised the issue with councillors, circulating a letter saying the rent was "neither fair nor reasonable".

Under its lease plan, the club said it would obtain its own valuation of the land in 2014, then challenge the rent rate if significantly different from the council's.

The club said the land was zoned commercial 1 and should be rezoned recreational.

It has urged the council to "recognise the true worth" of the land.

The issue was discussed briefly at the council's committee of the whole meeting on Tuesday, but councillors decided they could do nothing because it was not listed on that day's agenda.

Some councillors also felt it should not be discussed in open meeting because it was a commercial issue.

Both Cr Kevin Malcolm and Cr Kathy Dennison were not comfortable with that.

Chief executive Michael Ross said rents were based on commercial values. The value of the land was assessed then the rental set at a market level.

If a tenant disagreed with the rental they could get their own valuation and negotiate with the council.

Cr Hopkins said on the basis the rent was in dispute and unresolved, the committee should leave the issue there.