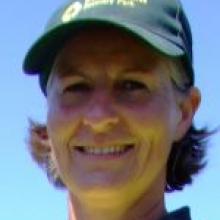 Marian Shore
Three community groups involved in recycling and waste minimisation are upset they have been left out at the start of a Waitaki District Council process to prepare a waste management and minimisation plan, even though they will be consulted.

The Waitaki Resource Recovery Trust, Waihemo Wastebusters and Hampden Energy Inc recently took the council to task over a draft plan they were not consulted about before it was prepared.

A representative for the three groups, Marian Shore, said the council adopting the plan would effectively commit it to a method of waste management before community consultation.

"If the community is to be genuinely involved, we feel it is most important to have all major stakeholders involved together throughout the process.

"By not including the stakeholders at the beginning of the process, we risk compromising basic principles of democracy," she said.

A stakeholder working party, unencumbered by decisions already made or an "imposed agenda", was essential, along with a skilled and independent facilitator to manage the process.

However, while the council still has to formally adopt the vision and underlying principles of a waste management and minimisation plan, it has also set in place a community consultation process, which will involve the three groups.

While that would make the process longer, the final plan would be more robust for having community input at an early stage, solid waste officer Gerry O'Neill said.

The council would have to carefully manage the consultation process to avoid it becoming prolonged with competing interests, he said.

Part of that process would include involving up to 11 stakeholders, including the trust, Waihemo Wastebusters and Hampden Energy.

It would include a draft waste assessment, which would be open for public consultation, then a draft waste management and minimisation plan.

That would form part of the council's 10-year long-term plan, which would also be open for public submissions.

At present, the council has a policy of leaving refuse collection to the private market, including recycling in which the three groups are involved.