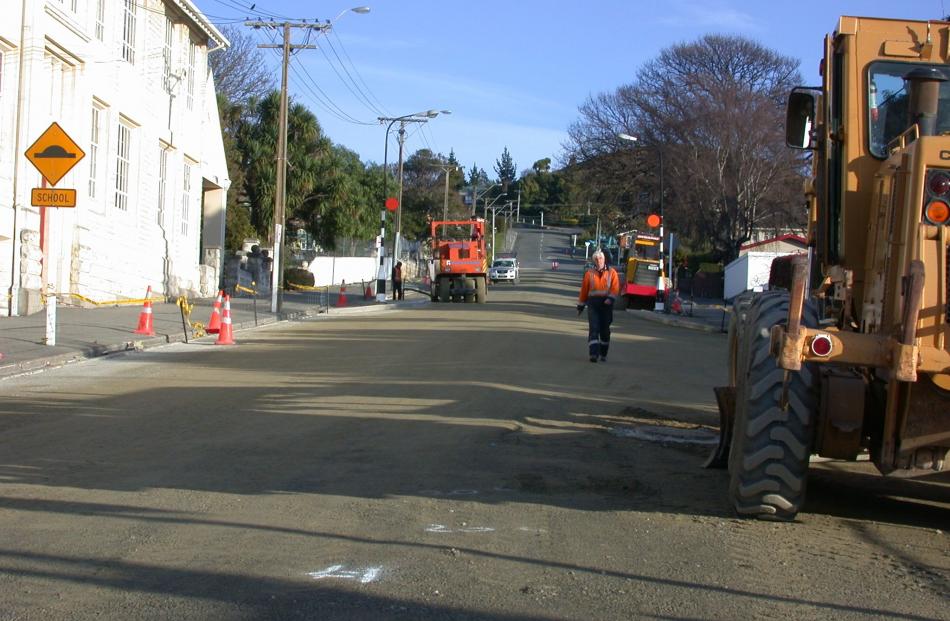 The Waitaki District Council will be asked to reopen Ouse St at its meeting on Tuesday. Photo from ODT Files.

The future of Ouse St may still be undecided after a Waitaki District Council meeting this Tuesday.

The council is being asked to reopen the street, which has been closed for several months while pipes and the road has been reconstructed and options to improve safety are being investigated.

The recommendation comes from assets group manager Neil Jorgensen and follows a request from Waitaki Girls' High School, whose campus is split by Ouse St between Thames and Reed Sts, to have it permanently closed.

The proposal attracted strong opposition when the council consulted the community about the request - 66% of submissions opposed closure and 33% were in favour.

The opposition was even stronger when petitions were taken into account - 80% of signatures opposing and 20% in favour.

There were five petitions.

The street is part of the major route to residential areas in the Derwent St-Reservoir Rd areas.

Mr Jorgensen outlined three options the council could consider - closing the street, reopening it permanently or making no decision while options are investigated to improve safety.

He is recommending the council make no decision at this stage and investigate improving safety at Ouse-Derwent-Reed Sts intersection, Reed St and environs and Ouse St and environs.

Mr Jorgensen said the council considered the request from Waitaki Girls' worthy of consideration and asked the public for its views.

"The response has been fantastic with more than 680 people providing feedback," he said.

It showed people were passionate about whether or not Ouse St should be closed, with some thinking it was "a great idea" and others "not such a good idea".

Issues raised had included the safety of Waitaki Girls' pupils, safety at the Ouse-Reed-Derwent Sts and Reed-Eden Sts intersections, increased traffic in Reed St affecting primary school pupils, traffic turning into Thames St and Thames Highway unless signals were installed, the amount of money already spent on Ouse St and signals on SH1 and school bus pick-up and drop-off.