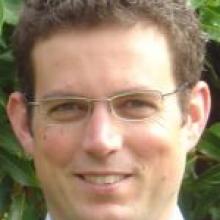 Neil Jorgensen
The Waitaki District Council will be without insurance cover for its underground assets - water, sewerage and stormwater infrastructure - until at least June 30 because of the impact of the two Christchurch earthquakes.

The council was one of about 60 local authorities, including the Auckland super city, which invested in the Local Authority Protection Programme (Lapp) disaster fund.

The earthquakes have depleted the mutual insurance fund, set up in 1993 by local authorities for underground assets.

That has left Waitaki, and other councils, without insurance cover in the short term. What will happen after June 30 will be known after a meeting of the fund next week.

Councillors at the committee of the whole meeting yesterday were concerned about the short-term lack of insurance cover.

Assets group manager Neil Jorgensen said the fund, in his opinion, had "worked really well" since being set up to provide the council's share of the costs of damage to underground assets by emergencies to make up the shortfall in Government cover.

Risk had been assessed and the fund had been built up close to a ceiling that would provide cover.

However, the two earthquakes in Christchurch - one-in-1000-year events - had depleted it.

"It is now back to zero and it will take a few years to get it back to a level to provide cover for an extraordinary event," he said.

The council had insurance cover with other companies for its other assets including roads.