ECan saga not first for group 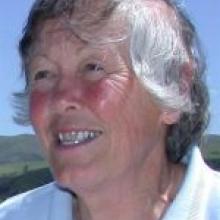 Helen Brookes
Waitaki First has been there before when it comes to government intervention in Environment Canterbury's management of water.

For Waitaki First chairwoman Helen Brookes it is deja vu - in 2002 her organisation led a push to have the Government intervene in the Waitaki catchment when Meridian Energy proposed its Project Aqua power scheme, competing with the community for use of the river's water.

The Government called in Project Aqua and other resource consent applications for the whole of the Waitaki catchment, taking them away from Environment Canterbury (ECan).

Meridian cancelled its Project Aqua scheme, but Dr Brookes convinced the Government to still proceed with special legislation - the Resource Management (Waitaki Catchment) Amendment Act - which set up the government-appointed Waitaki Catchment Water Allocation Board to prepare a water allocation plan for the whole catchment, again removing the task from ECan.

Dr Brookes said this week water management had been "a chronic issue" for ECan from at least as far back as 2002, and she was happy with the Government's decision to replace the 14-member council with up to seven commissioners.

"It's not a recent problem. It goes back to the intervention by Government over Project Aqua," she said. Then, people were concerned about managing water in the Waitaki catchment.

The community asked ECan to prepare a Waitaki allocation plan, but ECan said it would take at least seven years.

That led to the approach to the Government to take over.

The water allocation board completed the task in a year, and a final allocation plan was released in 2005.

Dr Brookes said issues with ECan were not only at the elected (council) level.

"They are much deeper than that. It is not just the elected members who were dysfunctional; it is also down into senior staffing levels," she said.

The commissioners could look at the whole process, and take into account shortcomings at a staff level.

The council only had control over the chief executive, Bryan Jenkins, whereas the commissioners should be able to look closely at the whole staff structure, she said.