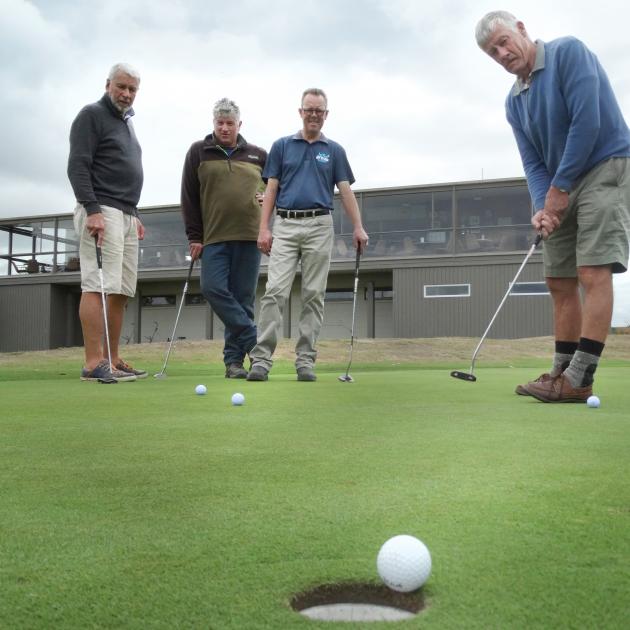 Peter Fowler, who won the 1993 BMW International Open, will tackle the challenging course alongside 43 other professionals and more than 90 amateur golfers.

The experienced Australian is in solid form after winning the Waitikiri Legends Pro-am in Christchurch on Tuesday.

It is the third year the tournament, endorsed by and part of the PGA of New Zealand schedule, has been held in Oamaru.

The first edition was won by another Australian, Glenn Joyner, who also shared the title with John Martin last year and will return in 2020 to try to make it a hat-trick of wins.

Tournament committee chairman Stan Ruddenklau said the professionals would play in a matchplay format and the amateurs stableford.

Three amateurs would be grouped with one professional, and some groups would evenly split due to player numbers.

A team from Waitaki Boys’ High School would play for the first time and had been grouped with Canadian professional Ken Tarling.

Mr Ruddenklau expected the tournament would be competitive, given how many professionals were available.

‘‘We were a bit low on professionals last year because we were the only one played south of Christchurch. A lot of them played in Timaru this year, so we have been able to get those pros heading south.

‘‘It’s not a simple, knock-around course. The field have said that. But, if the conditions are the way they are at the moment, there will be one or two who might burn it up this year.’’

The tournament is scheduled to tee off at 10.30am and players are required to report in at 10am.

Mr Ruddenklau said play was open to the public to watch, and he expected a large crowd.