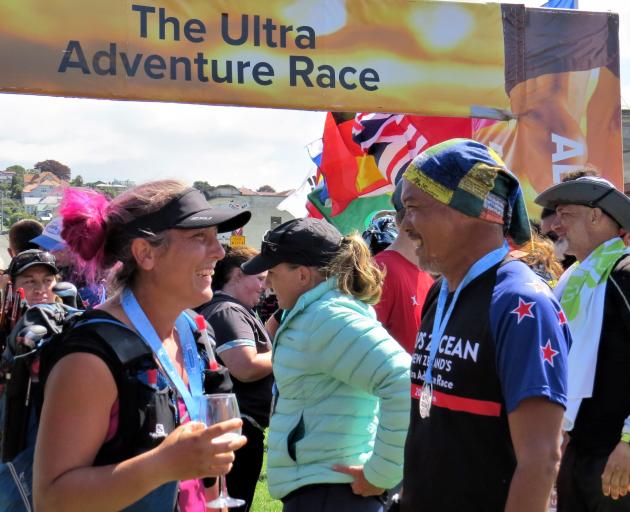 Close to 130 athletes started the final edition of the ultra endurance race from Mt Cook to Oamaru, a distance of about 323km, and were cheered home across the finish line by race officials, supporters and the public seven days later.

However, several athletes were forced to pull out at various stages along the way, which race organiser Mike Sandri said was no real surprise, given temperatures at times reached more than 30degC.

"Most of it was heat related — sunburn, dehydration, sunstroke and stuff like that. They got cooked on that second day. It was hot enough on that first day but that second day really, really cooked them and going into that long stage it all caught up with them. You think you can recover overnight but you just don’t. You need a few days to return to normal."

While the conditions showed just how taxing endurance races can be on the body, and the emotions that flowed at the finish line were equally as apparent.

There was hugs, kisses tears, slaps on the back and everything between, Mr Sandri said.

"Everybody is happy to get there.

"I think it was probably one of the best years yet. The competitors were a great bunch of people again from around the world."

Mr Sandri would now take time to reflect on fact the race will not be held again.

"I think at the moment I feel the same as I do after every other race. You get to the end of it and you can stop thinking about it for a bit. The reality is this is it. It’s over. It’s bittersweet, but you just have to keep going."

Money raised from the race will be distributed to groups in the community once the race organising committee had a chance to "think seriously about what we are doing to do to benefit the most people", he said.