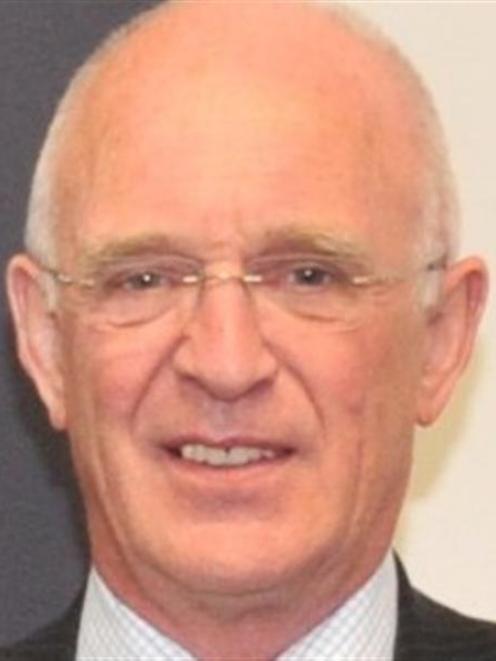 John Allen.
A buoyant job market and community spirit are being hailed as the main reasons for a fall in unemployment in Oamaru, despite the loss of 192 jobs at the Summit Wool Spinners plant just two months ago.

Figures released by the Ministry of Social Development on Friday indicated that the number of people claiming the unemployment benefit at the Oamaru Work and Income service centre fell from 172 at the end of December, to 146 at the end of March.

The number claiming the domestic purposes benefit also fell, from 349 at the end of last year, to 338 at the end of last month. Southern regional social development commissioner John Allen said some former Summit employees were still out of work following the closure of the plant in February, but many had already found new work in the area.

''The local labour market is reasonably buoyant and we're seeing former Summit employees find work in a range of industries including meat processing and manufacturing jobs. Seasonal employers are continuing to recruit, again in meat processing, or have just finished hiring for the upcoming season. There are also a number of vacancies for skilled trade workers.

''Most of the employers we work with appear to be positive about the labour market, especially the engineering, construction and agriculture sectors, although this can vary across industries and seasonal factors can impact on benefit numbers.''

Mr Allen said the community and Oamaru employers had ''rallied around'' those affected by the Summit redundancies.

Employers had also recognised the need to retain skills in the region, he added.

He said a dedicated resource centre, established at the Oamaru Work and Income service centre, had been successful in finding work for former Summit employees, and was still operating on a case-by-case basis.

''We know there are still former Summit workers looking for jobs and we'll continue to provide help and support with their job search.''

The number of working-age people receiving a main benefit in Oamaru had also dropped over the same period, he said.

A total of 61 former Summit employees were rehired in mid-March by the plant's new owners, Canterbury Spinners, while the company assessed the plant's long-term future.

A spokesman for Canterbury Spinners' parent company, Godfrey Hirst, yesterday said a decision on the future of the plant had still not been made.