North Otago’s Kakanui River, the subject of a three-year community programme that finished in October, has a new champion.

The North Otago Sustainable Land Management Group (NOSLaM) has taken over from the Kakanui Community Catchment Project to improve water quality, reduce soil erosion and increase biodiversity. The project was funded by the Ministry for the Environment’s Community Environment Fund and the New Zealand Landcare Trust, with support from the North Otago Irrigation Company, Beef and Lamb New Zealand and Ravensdown.

NOSLaM chairman Peter Mitchell said the group had held meetings and made funding applications so it could continue the progress already made.

‘‘We’ve had great support from the Otago Regional Council, the Waitaki District Council, and the North Otago Irrigation Company.’’

A partnership funding model would be used, with individual paying memberships, as well as grants.

‘‘We’re focused around small local catchment groups, facilitating them. We’re putting the onus back with farmers.’’

The Otago Regional Council’s water plan allowed landowners to be innovative, not restricting their activities, provided they did not harm water quality, Mrs Smith said.

She was ‘‘really excited’’ about the prospects for 2017, finding ‘‘community solutions’’ for the Kakanui. The council encouraged the approach developed during the three-year catchment project as efficient and effective, she said.

As her children took part in Five Forks School’s special activity for the last day of the year, kayaking down the Kakanui, she was delighted to hear the pupils’ sense of responsibility and belonging in calling it ‘‘our river’’. 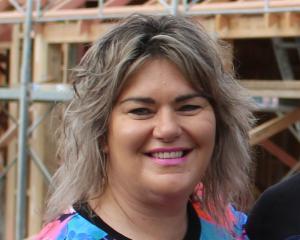