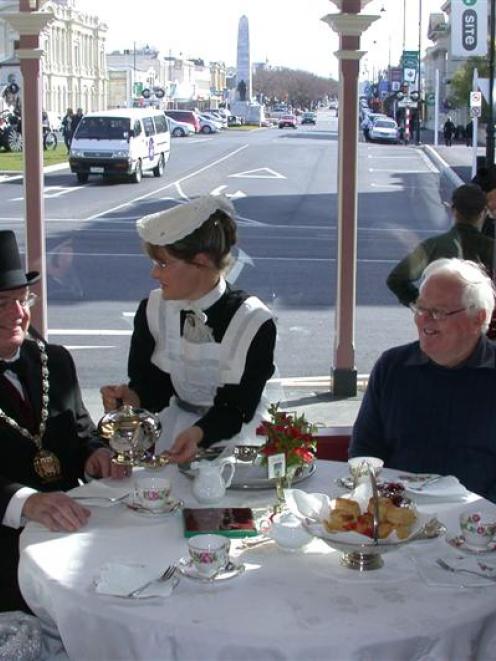 Ms Baxter has come from Christchurch, where she catered Victorian afternoon teas at the former home of painter Margaret Stoddart at Diamond Harbour.

About six years ago, she had the idea of creating a Victorian tearooms in the historic area of Oamaru, and transformed the ground floor of the historic AMP building on the corner of Itchen and Tees St, with a spectacular view north along lower Thames St.

Her concept came to fruition yesterday when she opened the doors for the first time.

The tearooms is based on the genteel morning and afternoon teas of Victorian times, but also tells the story of Hood and Shennan's drapery shop, which occupied the premises from 1871 to 1885.

"It's a re-enactment of what a Victorian tea shop would have been," Ms Baxter said.

Originally built for the drapery shop, the building, with extensions and alterations, was the home of AMP Insurance until 1958.

The North Otago Club has been on the first floor since 1915. The club bought the building in 1975.