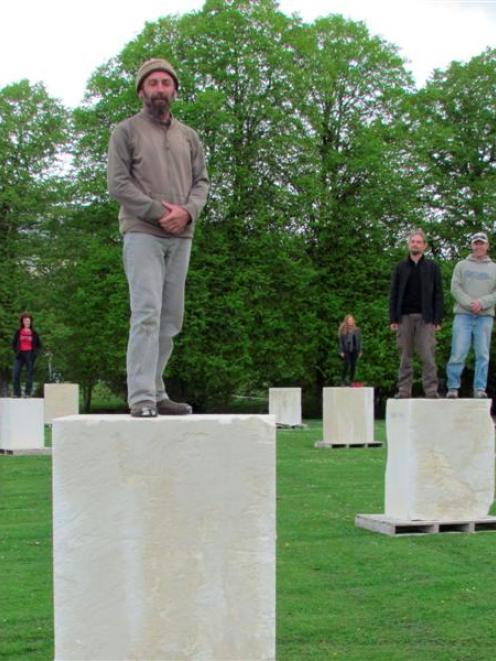 The stone arrived yesterday ahead of the carvers, who will work at all hours of day and night.

The fairly even mix of male and female carvers who chose to carve from the larger, two-tonne blocks would find the work physically demanding, Mr King said.

Site manager Reid Wilson, owner of the sculpture park at Hampden, yesterday said this year's installment would be more spectacular than other symposiums due to an increase in the number of carvers.

It was exciting to have carvers from Christchurch, Bluff, Blenheim and France in one place, he said.

"At the end of the day they are here to meet other artists, but it is really nice to make a sale," Mr Wilson said.

"It's a really good opportunity for people to get a nice piece of work at a great price."

Ruth Killoran, of Christchurch, had not slept for a week due to excitment and the odd aftershock which had shaken the Garden City.

"This is like coming home," she said after arriving at Takaro Park yesterday.

"We even had a shake last night.

A silent auction will follow the exhibition of the works on November 19-20, with the money raised going to the respective artists.