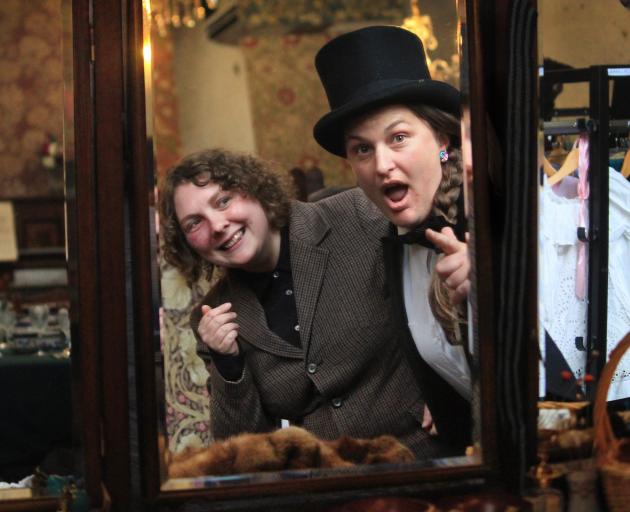 And the unofficial wrap party for Oamaru's Victorian Heritage Celebrations, the Network Waitaki Victorian Fete, has been a beloved fixture on Oamaru's calendar since 1989.

Every year, there was something that had organisers excited, Ms Hore said. This year it was the music.

''I've got to be honest, the entertainment is the kicker this year, I'm pretty excited about The Eastern headlining the Victorian Fete'', she said. ''I'm probably going to fan-girl''.

Ms McMillan, who is in her fourth year in the role of fete co-ordinator, said ''nostalgia'' and history contributed to the success of the Harbour, Wansbeck and Tyne Sts street party.The event served as the major fundraiser for the Oamaru Whitestone Civic Trust, raising more than $15,000 a year for heritage projects in the Victorian Precinct. It would include beard and moustache competitions, gurning, whistling, and stone-sawing, but there would also be a ''beer quarter'' featuring Dunedin brewery New New New and craft beer favourites Craftwork Brewery, of Oamaru.

Some of the ''minor tweaks'' to the event included a new layout for Tyne St, allowing better access to shops, and creating the same sense of activity that Harbour St achieves when about 5000 people, dressed in Victorian garb, or not, turn the Victorian Precinct into a bustling market.

The queen of Victorian Oamaru Julie (Queenie) Walker and Waitaki Mayor Gary Kircher would open the day at noon, two hours after the gates open, and all-day music would be complemented by Morris dancers and pipe bands.

This year's Victorian Heritage Celebrations theme is ''Wheels'' and the trust's Forrester and Lemon Memorial Lecture, ''Wheels of Change - Stories of Victorian Heroines'', would be given by University of Canterbury Prof Katie Pickles.

The Victorian Heritage Celebrations begin today but events ramp up through the week with an official grand opening at the Oamaru Opera House on Thursday; the annual ''great photo opportunity'' on the opera house steps and the Crombie & Price Victorian Garden Party on Friday; and Saturday's grand street parade and the 25th heritage bicycle championships in Tyne St on Saturday afternoon.