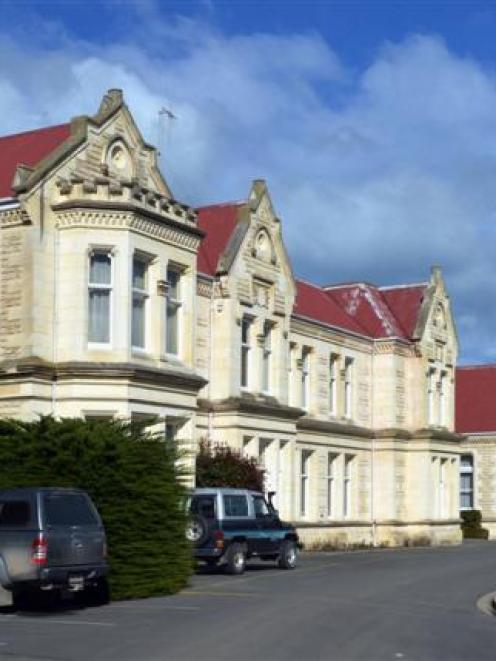 Association president Russell Gawn said while there was little members could do to help in terms of management, the school had the association's full support following the news it was losing staff in the face of a predicted steep drop in the roll next year.

''As far as we're concerned, we're supporting the school and hoping that the process will come along and take its course ... it's very hard to do anything else,'' Mr Gawn said.

''We'll back the school all the way and ... I think it's positive and it's just a matter of working through the issues, rebuilding and getting numbers back up. You've got to get the community confidence.''

On Monday, commissioner Nicola Hornsey called a meeting of the school's staff to announce an expected 12.5% drop in enrolments at the school next year would cost the school 3.6 full-time equivalent teaching jobs and about $100,000 in funding.

She said the drop was partly because of the school's ''tarnished public image'' resulting from management problems in the past few years.

Mr Gawn said the Old Boys' Association was updated with reports from Ms Hornsey, as the public was.

''It's being handled and we can't really interfere, except support the school.''

There was likely to be a lot of divided opinion among old boys, but overall a strong sense of pride remained, he said.

''The old boys have real concerns because there is a lot of pride and it's a really traditional school and while it needs to change, we need to hold on to some of those traditions, while still moving forward.''

The Old Boys' Association is also making a push of its own to attract younger ex-pupils to become members.

''I'm one of the youngest and I'm in my mid-50s, which is a bit scary, really. We're called the young guys on the executive,'' Mr Gawn said.

''There are real advantages of meeting the older guys who are in business and successful.''

On Thursday, former pupil Phil Scott held a beer tasting at his brewery, Scotts Brewing Co, for local old boys of the school.

Auckland, Wellington and Dunedin branches of the old boys network had met recently, or have meetings planned, in a bid to to revive the association.

Behind the scenes, the Old Boys were ''doing everything we can'' for the school.

Recent projects included funding the resealing and repainting of the school swimming pool, a real asset to Waitaki Boys', he said.

Their next goal is to heat the pool, an estimated $20,000 project, which would extend the swimming season. The Old Boys' Association had employed an archivist, Peter Bond.

''People will eventually be able to go online, if they want information about their family or history, or things like that,'' he said.

''That's pretty valuable for a traditional school like [Waitaki Boys'].''

They also hoped to raise the value of the Milner Memorial Scholarship offered to Year 13 pupils for tertiary education.

The school farm had also become a ''hugely valuable asset'' to attract pupils interested in the agriculture.

''There's a really good group running it now, old boys who have been very successful farmers in their own right,'' Mr Gawn said.