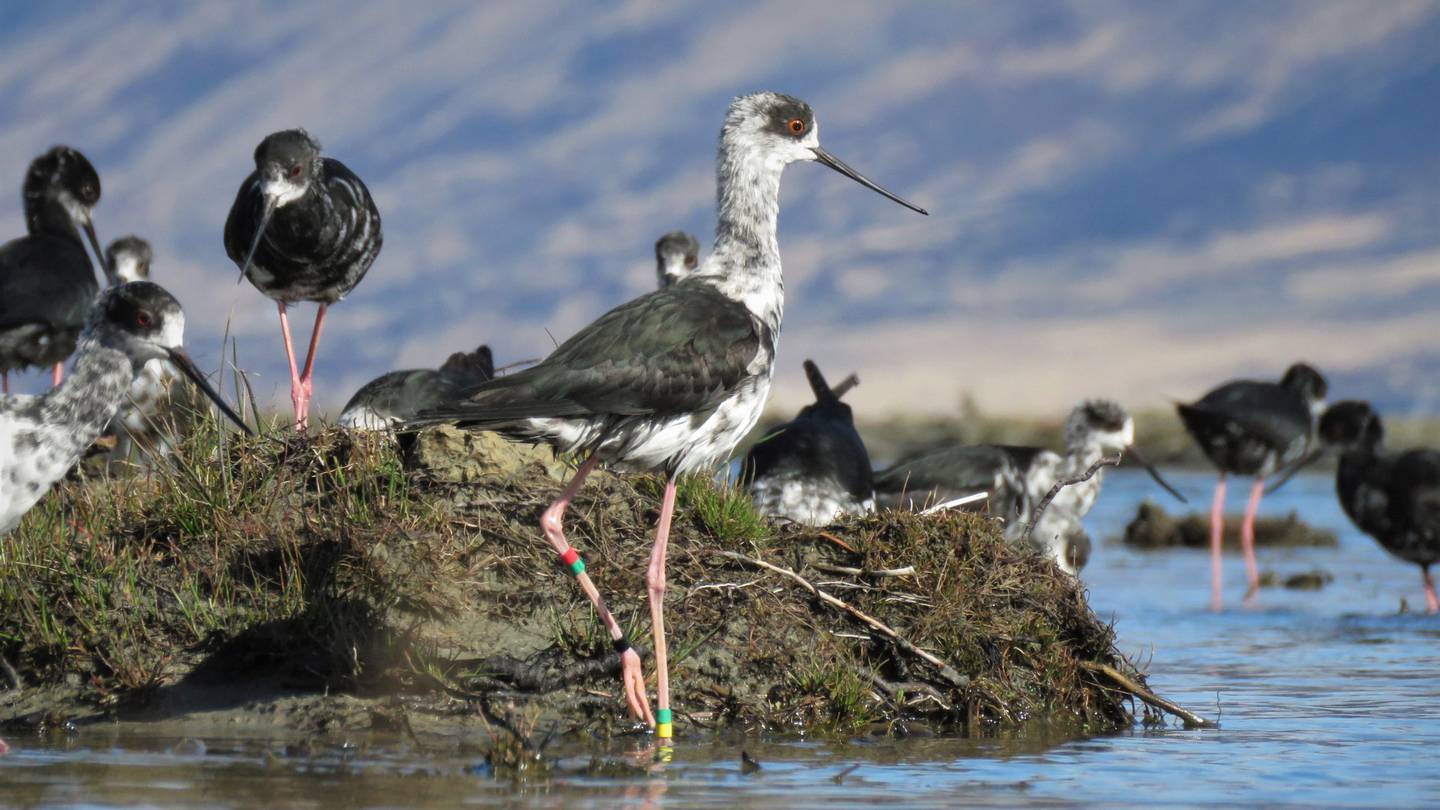 The young, critically-endangered birds were reared in captivity at the Department of Conservation’s (DoC) Twizel facility and the Isaac Conservation and Wildlife Trust as part of the Kakī Recovery Programme.

DoC kakī team leader Claudia Mischler says the birds had reached a stage where they had become aggressive in the limited space of the brooding facility, which was causing stress that could have had serious health implications, and they needed to be released as soon as possible.

Two releases, in the Godley and Tasman riverbeds, went ahead before the current Covid-19 lockdown came into effect. DoC staff were given special permission to go ahead with a third release on Monday, while the country was at alert level 4, because of serious welfare risks to the kakī. 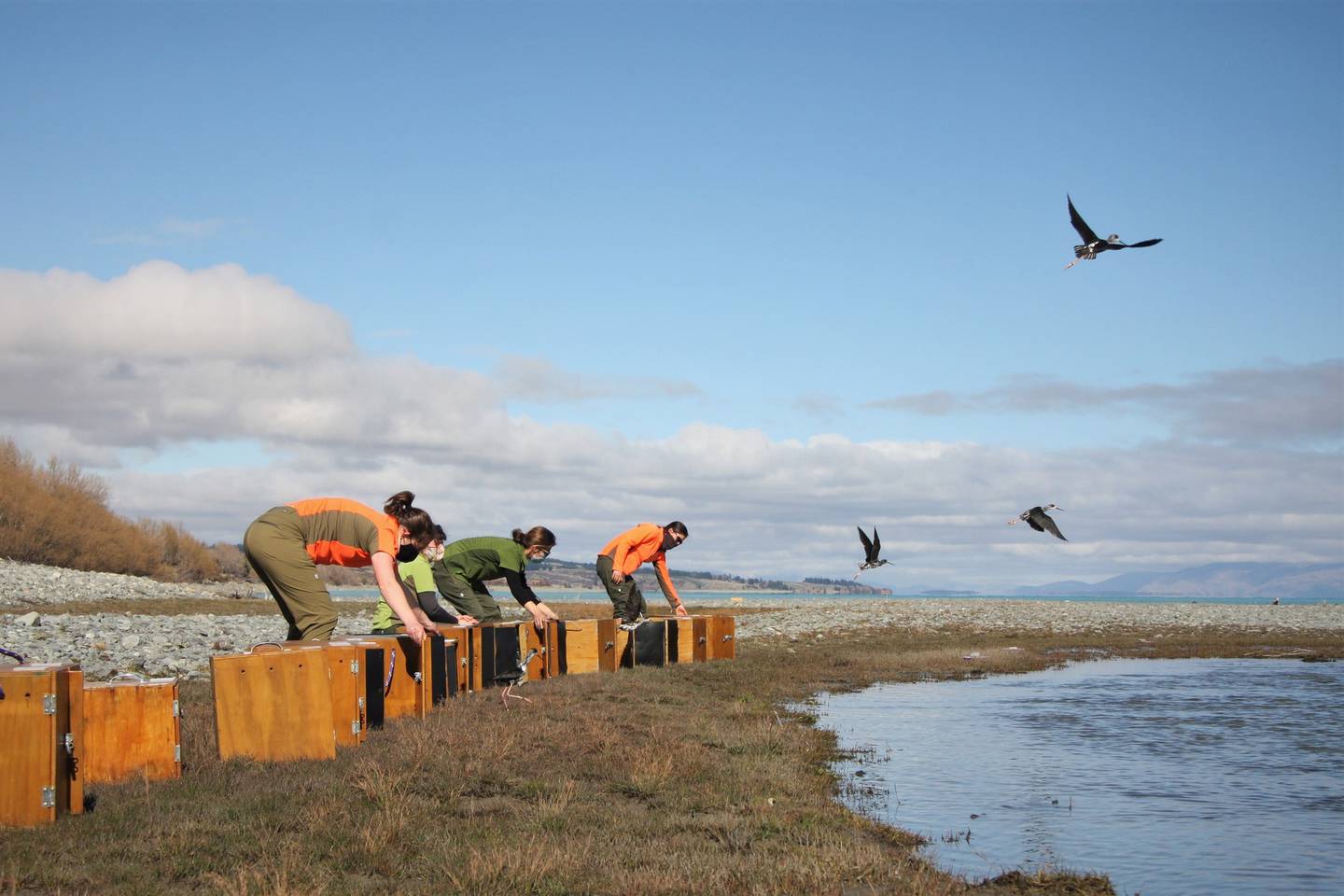 DOC staff release kaki into the Tasman river bed. Photo / Liz Brown / DOC
Thirty-nine wild breeding pairs of the bird were identified this season, the most on record.

“This season, 54 per cent of the wild breeding pairs laid eggs on private land. The success of the programme relies on support from landowners, who have really got behind efforts to protect these special birds and often let us know where they have been setting up nests,” Mischler said.

She said after a great year of raising chicks, it was rewarding to see so many birds released back into the wild to add to the growing population.

“This is the second-best year on record for breeding in the wild. One hundred and 75 eggs were collected this season, while another 66 were left to hatch in their nests.”

There are currently about 170 adult kakī in the wild. Juveniles released this year will not be included in population counts until they reach breeding age in 2022. 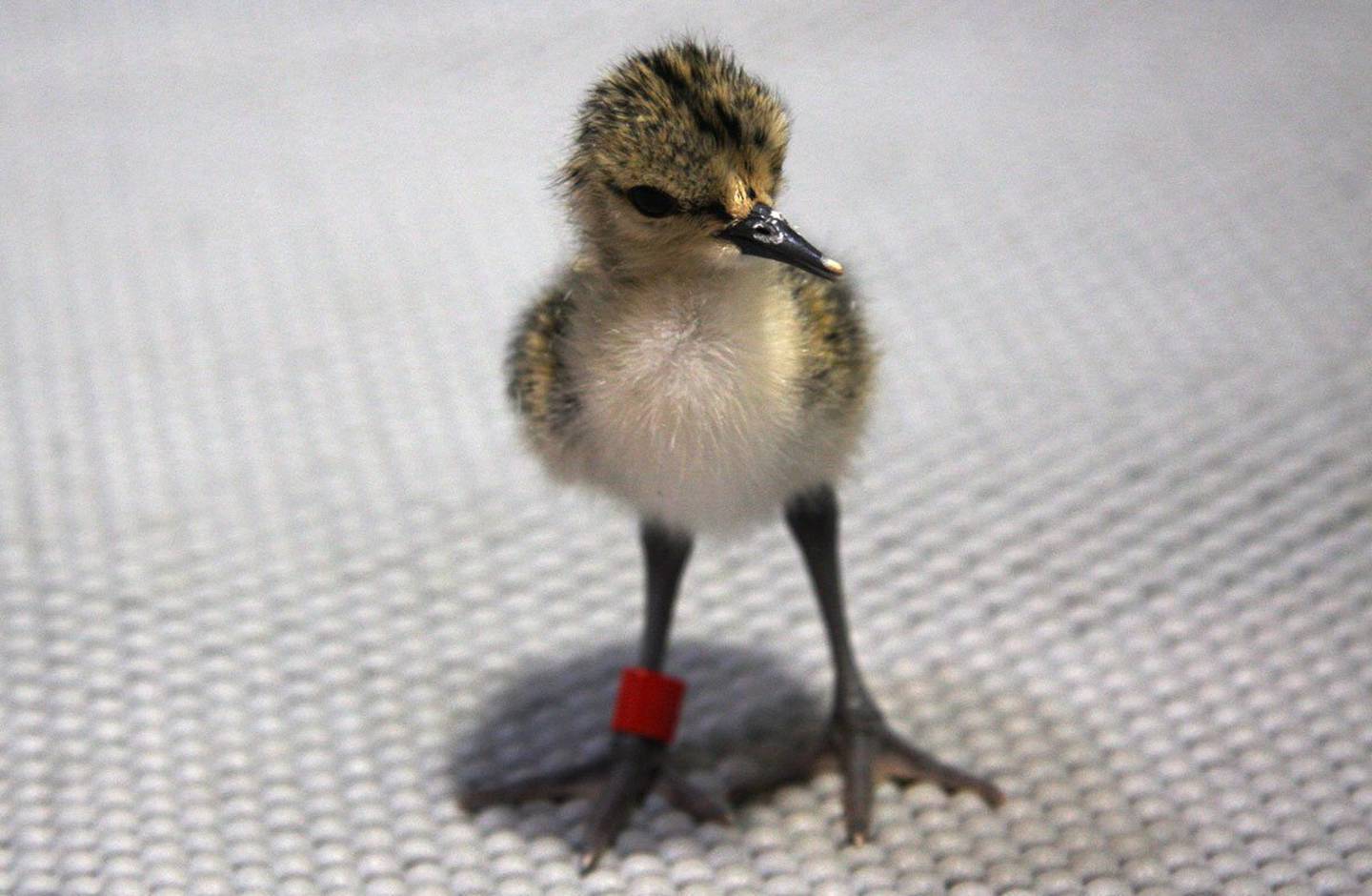 A day-old kakī chick at the Department Of Conservation captive breeding centre. Photo / Liz Brown
Kakī are vulnerable to mammalian predators, so an extensive trapping network is a key part of the efforts to ensure the species survival.

Many of the landowners in the Mackenzie Basin are partners in the conservation project Te Manahuna Aoraki, which has extended trapping across 80 per cent of the kakī range.

Braemar Station owner Hamish Mackenzie said: “Being involved in Te Manahuna Aoraki has meant we are working together as partners, and we are really enjoying seeing more kakī around.

“To be able to say you have the rarest wading bird in the world living and breeding on your property is really exciting.”

Since 2018, Te Manahuna Aoraki has installed more than 2000 traps in the Tasman, Cass, Godley and Macauley river valleys.

Kakī have been intensively managed since 1981 when their population declined to a low of just 23 birds.