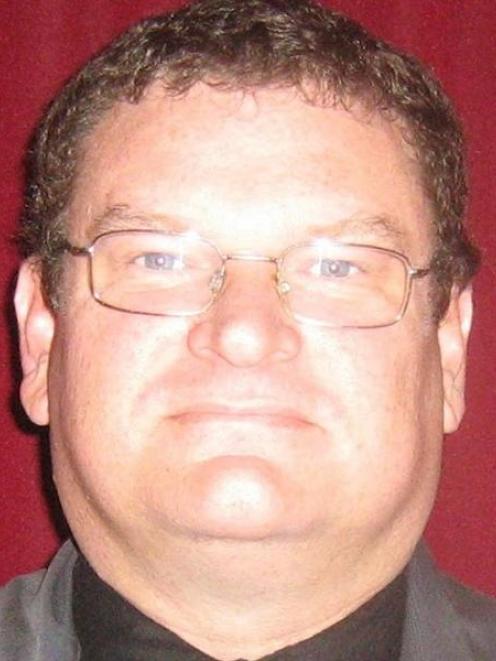 Kyle Chapman
Oamaru residents are being targeted in a recruitment campaign for a Christchurch-based white supremacist group.

The group wants to recruit armed men to patrol the whole of New Zealand's coastline in order to ward-off what it sees as a threat from ''people smugglers in Indonesia''.

Police in Oamaru yesterday confirmed they had been approached by concerned members of the public about the pamphlets, and Senior Constable Carl Pedersen said their existence and contents had ''been noted''.

Snr Const Pedersen said police did not know who was involved and would welcome information from the public.

''If anybody wants to stand up and put a name to this we would welcome that.''

Police were ''keeping an eye'' on the situation, he said.

An Oamaru woman, who declined to be named, said she was ''shocked and horrified'' when she found a pamphlet in her letter box on Tuesday.

''I couldn't believe what I was seeing. You just don't expect to see something as shocking as this in a nice town like Oamaru.''

RWR director and founder Kyle Chapman told the Otago Daily Times yesterday Oamaru was one of the towns where the group had distributed the leaflets as part of a nationwide campaign to establish armed patrols in all New Zealand coastal towns.

''In all coastal towns and cities we will be recruiting for people, trying to get one or two patrol groups in each.''

About 10,000 flyers had been distributed across the country, and more would follow, he said.

Although the likelihood of coming across people smugglers was ''fairly rare'', he claimed a deterrent was needed.

Mr Chapman, a former Oamaru resident and a former leader of the New Zealand National Front, confirmed RWR, founded in Christchurch about five years ago, had a branch in Oamaru.

The group's website describes RWR as an ''organised unified resistance movement'' against ''mass immigration'' and the destruction ''of our colonial rights and identity''.

Mr Chapman (42) has stood unsuccessfully three time for the Christchurch mayoralty, and has been involved in right-wing extremism since forming the New Zealand chapter of the Hammerskins skinhead gang in the 1980s.

Immigration Minister Michael Woodhouse said there was a possibility of New Zealand being targeted by people smuggling operations.

''However, no boat has made it yet to New Zealand, and the idea that volunteer beach patrols could be a deterrent is laughable.

''As much of an attraction as the Moeraki Boulders are, I'm happy to lay a sizeable wager that when the first boat does arrive in New Zealand waters, it won't be sailing past the West Coast, rounding Stewart Island, and making its way up to Oamaru.

''These are childish people trying to play grown-up. If they want to spend their days walking up and down the beach staring at the ocean, perhaps they could do something useful and bring a rubbish bag to tidy up while they're at it.''

However, ''despite the idiocy and flawed logic behind the pamphlets'' talk of armed resistance was ''alarming'', he said.

Waitaki Mayor Gary Kircher said Mr Chapman and his group were ''a joke'' and the idea of armed boat patrols was ''just more idiocy from a group of people that are really not bright enough to know what they are doing''.