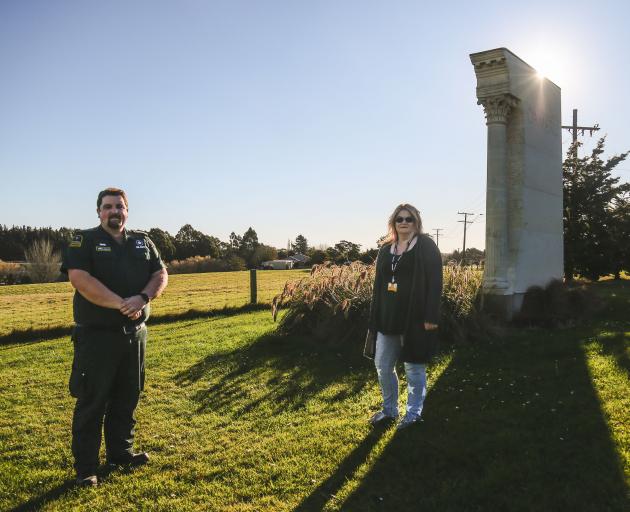 St John community engagement general manager Craig Stockdale yesterday confirmed the new ambulance base would be built at the corner of State Highway 1 and Weston Rd, at Oamaru’s southern entrance, on land gifted to the organisation by Ray and Janice Walker.

Mr Stockdale said it was a very generous offer, and the site was the "ideal location" for future-proofing emergency services with an operational hub that would support the growing Waitaki district population, and allow St John to provide "crucial resilience" to respond to major incidents and medical emergencies.

It would also offer a community space for public first aid training and youth programmes.

St John was continuing to work through the key steps that needed to be taken before the new site was shovel ready, he said.

"We’re also very aware of the current challenges within the construction industry at present.

"Therefore, while we will plan to progress as quickly as possible and will do all we can to mitigate any delays or cost escalations, we need to be realistic about the possibility for those in the current market."

St John would keep staff, volunteers and the community updated on progress, and welcomed support and interest in future fundraising efforts for the project, Mr Stockdale said.

St John has been searching for a new site since 2014, as its Coquet St premises are no longer fit for purpose.

A section of Awamoa Park was identified as a preferred site, and in February last year St John formally sought the opportunity to lease part of the park from the council.

The council undertook community consultation, required under the Local Government Act. Of the 151 submitters, 59% said they would support the proposal, while 36% said they would not, many expressing support for St John but citing the loss of green space as a concern.

Waitaki Mayor Gary Kircher said while the Awamoa Park proposal was rejected, the council had been doing what it could to help St John to find a new site.

"We’re certainly very pleased that a site has been found and very appreciative of the people who have given the land."

The council had been supporting St John through the subdivision and planning process, and was also involved in discussions about moving its own emergency operations centre to the new building.