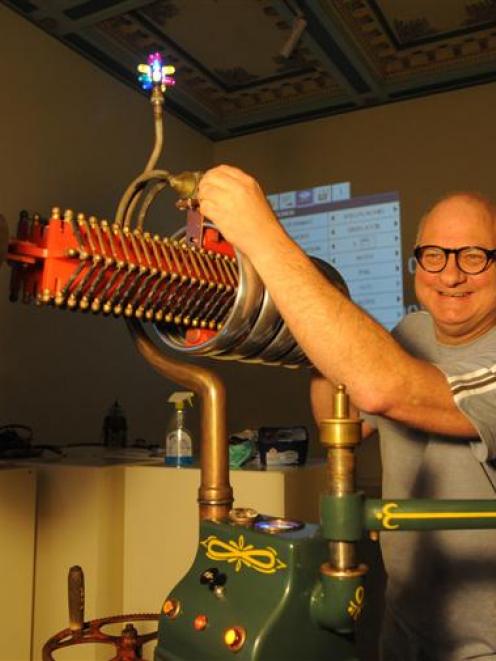 The rather astonishing looking creation, crafted by Dunedin man Peter Fleury, is one of the very quirky and clever exhibits in the second "Steampunk: Tomorrow As It Used To Be" exhibition at the Forrester Gallery.

The exhibition, which opens on Saturday and runs until December 5, features more than 100 artworks created by more than 40 artists.

Last year's exhibition attracted 6000 visitors and was the best attended in the gallery's 25 year history.

It was a curious mix of artists and "blokes in sheds" who had come out with the most amazing exhibits.

Seeing the new works arriving at the gallery made all the hard work over the past few months "really worthwhile", exhibition co-ordinator Patrick Barry. said.

People had been "slaving away for months" and he was thrilled with the quality of the creations, which included everything from steampunk paintings to dolls.

Visitors to the gallery over the next six weeks would be treated to an "absolutely unique feast", with the gallery also hosting an exhibition of works by 16th century German printmaker Albrecht Durer, Mr Smith said.