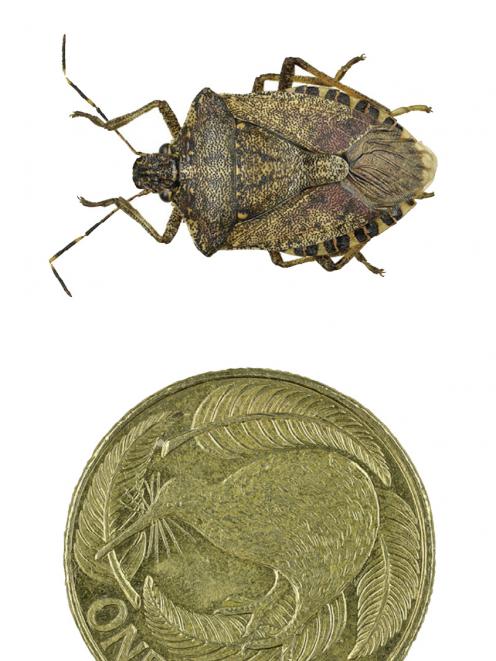 The bugs are one of the most dreaded pests on the Ministry for Primary Industries' watch list because they could devastate crops and infest homes.

However, the Oamaru shoe-buyer put the bugs in a jar and contacted the ministry's hotline, so the insects were not released into the environment.

National MP Nathan Guy raised concerns by releasing a statement yesterday afternoon, after hearing of the incident in a ministry briefing to a parliamentary select committee.

She told the Otago Daily Times she did not attend the briefing but "Nathan alerted me to it".

Mrs Dean understood the incident occurred this week and that it took three days for the ministry to assess whether the insects were brown marmorated stink bugs. They were apparently identified on Wednesday.

"Stink bugs are a ticking time bomb in New Zealand," she said.

"They're endemic in other parts of the world.

"For the horticulture industry, there's a potential cost to New Zealand of $4billion."

If a colony became established in Oamaru, the bugs could infest domestic fruit trees, move on to grapevines up the Waitaki Valley, and on to crops grown in North Otago and South Canterbury, Mrs Dean said.

"It's appalling when you drill down."

There were 300 plants that could host the bugs, which would swarm over them and strip them.

"This is the first time they have arrived in New Zealand via post.

"We only have two stink bug-trained customs dogs."

She and Mr Guy feared more bugs could arrive in the mail and wanted to know what the ministry planned to do about it.

Mrs Dean said she was thankful the Oamaru person had "the nous and foresight" to take the appropriate action after finding the bugs. If she knew who the person was, she would call round and shake their hand.

There was no information available from the ministry for several hours after Mr Guy's statement was released. A ministry spokesman then told the Otago Daily Times there was no risk and the situation had been contained.

The shoe-buyer did the right thing - what the ministry wanted all New Zealanders to do, he said.

The arrival of pests via an online purchase from overseas was one of the more difficult ways to intercept them, the spokesman said.